German investors and businesses are very interested in the Cambodian market, where they continue to find great support from the government, a German lawmaker said.

During a meeting with Prime Minister Hun Sen on Monday, Norbert Barthle, a member of the Bundestag, the German federal parliament, said Cambodian presents lucrative opportunities to German companies, according to a press release issued by the prime minister’s office.

“Many German investors express their interest to invest and do business in Cambodia while German investors have been encouraged and supported by the Cambodian government. This has contributed to creating robust economic growth in the country,” Mr Barthle said. 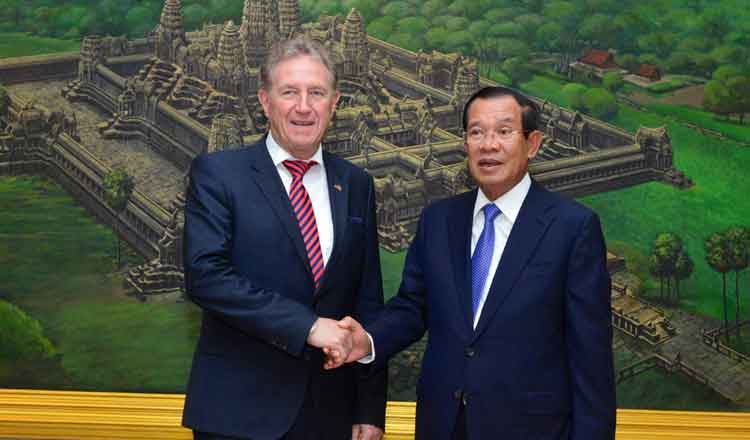 Mr Barthle said Germany will continue to support the development of Cambodia, particularly in the agricultural and energy sectors. He said the German government will urge German firms to invest in irrigation and solar energy systems in Cambodia.

“We will continue to support and cooperate with you. We will walk together to make you even stronger.”

On Tuesday, Mr Barthle announced a 5 million euro ($5.6 million) programme to promote dialogue between the government and civil society organisations.

The Integrated Social Accountability Framework (I-SAF) will serve as a forum for dialogue between civil society and the government to find solutions to local challenges, including better health care and education, Mr Barthle said.

“Economic growth is important, but it is not everything. A vibrant civil society is the engine for change and progress,” he said.