NEC spokesman Hang Puthea told reporters during a press conference yesterday said that the NEC officially recognised 50,658 national observers and 17 international observers from Burma, China and Singapore to monitor the election on July 29.

The NEC said the participation of foreign observers shows that the election will be open and comprehensive. 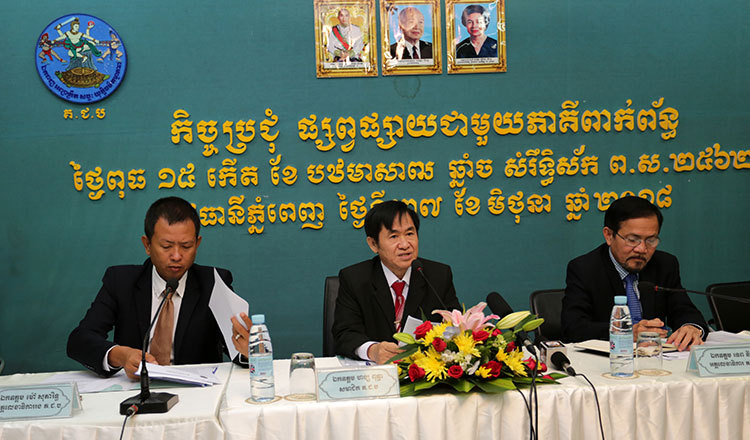 “This shows that the election is open, participation is comprehensive and that there is a lot of trust in the election,” Mr Puthea said.

He said the NEC is also reviewing applications by 11 associations and organisations and 14 observers from the International Conference of Asean Political Parties, and from the Delegate of European Council International Relation, and Vietnamese embassy.

The registration of observers from political parties are due to begin on Friday and last until July 5, Mr Puthea said, adding that candidates, commune councillors, village chiefs and assistant village chiefs and members of the armed forces were not permitted to be observers.

The government will deploy more than 19,000 security forces for the upcoming 21-day election campaign, while nearly 85,000 forces will provide security on July 29.

Sam Inn, secretary-general of the Grassroots Democratic Party, said that GDP provincial officials have urged people to volunteer to monitor the election on July 29. 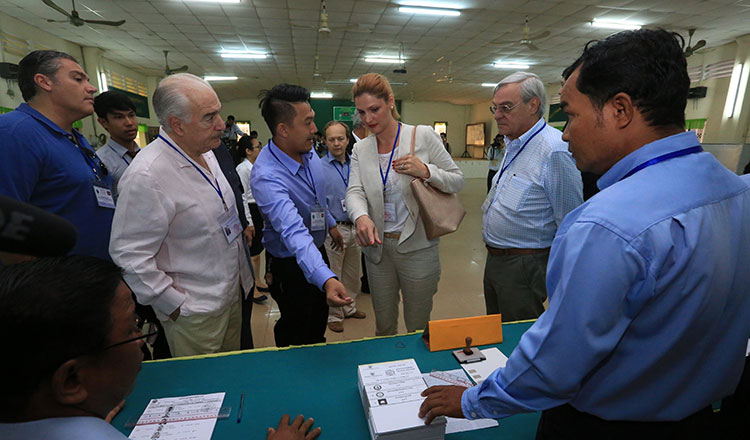 “Now there are a lot of election observers but we are still concerned,” he said. “So we need our own party observers to verify the results, especially on the day of ballot counting.”

“We need about two to three observers for each commune because we don’t have enough people to deploy to all polling stations,” he added.

Two major election watchdogs, Comfrel and Nicfec, said that they decided not to monitor the election because they were blacklisted following the June 2017 commune elections. Transparency International Cambodia also said that it will not participate in monitoring the election.

Thirty-eight civil society groups formed a ‘Situation Room’ to monitor the June 4, 2017 commune elections, but it was later investigated under the Law on Association and Non-governmental Organisations.

The investigation concluded the consortium should have registered with the interior ministry as a single entity according to the law.