Home - Ten Things We Did (And Probably Shouldn’t Have) 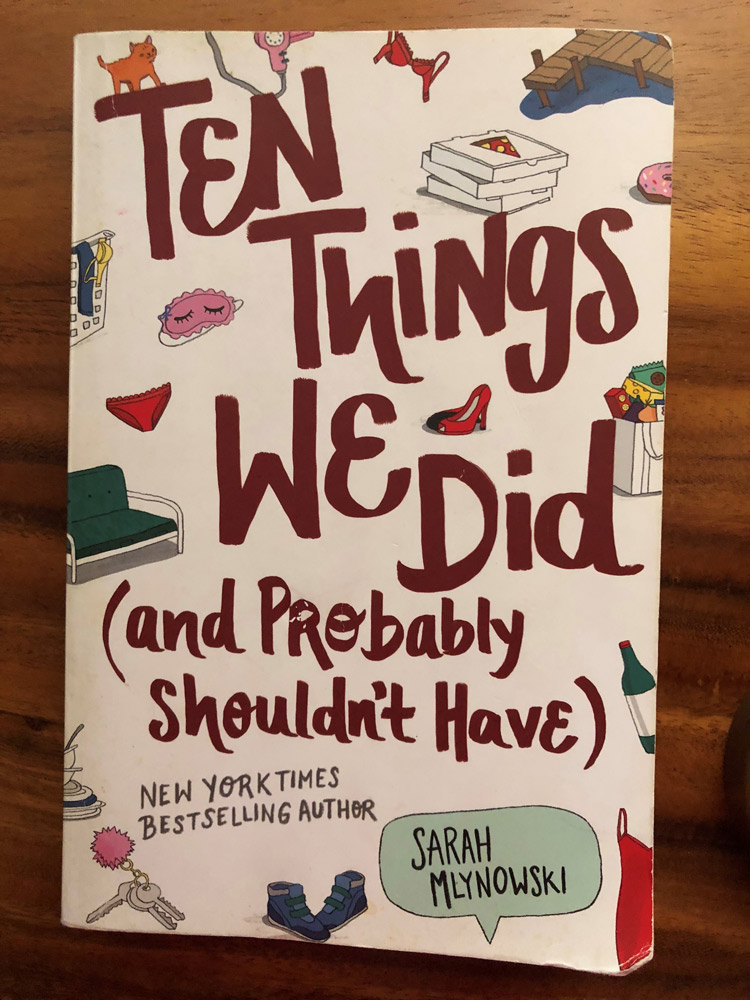 Isn’t it a fascinating dream of every 16-year-old teenager to have the chance to move in with a friend and live parent-free? Well, April has to tell little lies to her dad so that this can happen. Living with her best friend and having parties without rules, April is having the time of her life but as she lives through the year, April learns to do her own laundry, juggle a love triangle and accepts that her world is falling apart.

April is a girl who is living in a normal adolescent life and is about to finish her high school in Westport but out of the blue, her dad wants to move to Cleveland. April’s parents are divorced and are living separately – her mom is living in France with a new husband and April’s brother while her dad is currently living in Westport with April and a new wife named Penny.

With only three months left until April finishes high school, a sudden obligation from her dad to move to Cleveland comes up as an utter surprise to her. Her dad wants to move because he got a job there and Penny’s family also lives in Cleveland. However, April have never and will never ever agree on this. She does not want to leave her best friends, her boyfriend Noah, and leave behind the life and memories she has made in Westport.

So desperate to stay, April has to tell lies and moves in with her best friend Vi. Her dad thought that she is also living with Vi’s mother, but her housemate’s mother is going on a tour in acting so April and Vi have the house to themselves without adult supervision. They can do whatever they want.

Living independently can be a bit hard to adapt for April who is not used to do things all by herself. But as she spends each day with Vi, she slowly learns to cope with the changes and with living away from her father. She learns to do a lot of household chores and has become more independent. She is also starting to accept and embrace the fact that her life is not what it used to be anymore – it has changed; she has changed.

Ten Things We Did (And Probably Shouldn’t Have) tells a good story of independence and growth. It talks about April – who may also be a representation of every teenager – who disobeys rules and curfews, gets the freedom she dreams of, but at the same time learn how to take responsibility of herself and her acts.

Freedom is fun but the price that comes with it is higher than you are willing to pay. The story will have the readers be entertaining and making predictions on what is happening next which may be unexpected.

As you flip each page of the book, you will find yourself resisting to put it down as the story flows so smoothly you don’t want to get interrupted.

SCIA STEM Discovery Trail Experience being a Scientist at SCIA!