The mother of a Malaysian detained along with 46 other countrymen over an illegal online gambling operation yesterday claimed that her son only came to Cambodia to help improve the family’s finances.

Zunita Sedini told Khmer Times that it could be a misstep that led 21-year-old Yusuf Islam Abdul Halik to travel some 4,000 kilometres from home only to end up in a Cambodian provincial prison.

She was among some of the parents who were part of a Malaysian delegation, including Sarawak lawmaker Larry Sng Wei Shien and members of the media, that visited the 47 inmates at the Banteay Meanchey provincial prison on Wednesday.

Ms Zunita stressed that her son only had an earnest intention to earn a better salary to improve the family’s financial situation.

She is a clerk at a printing company in Sarawak, East Malaysia while her husband works as a salesman. Their combined earnings were barely enough to support Mr Yusuf and his five siblings, most of whom are still in school.

“When he said he wanted to work in Cambodia, I asked him why he needed to work so far away,” Ms Zunita said during an interview broadcast live on Facebook yesterday. “He told me it is because he could earn much more in US dollars so that he could finally buy school supplies and toys for his siblings.”

“Maybe he agreed to the Cambodian job because his father and I kept on pushing him to find one. We would nag him daily to stop being unemployed,” she added, bursting into tears.

Mr Yusuf and the 46 other Malaysians were arrested on December 11 during raids on illegal online gambling in the province.

“My son is a good person,” Ms Zunita said. “I gave birth to him so I know what kind of person he truly is.” 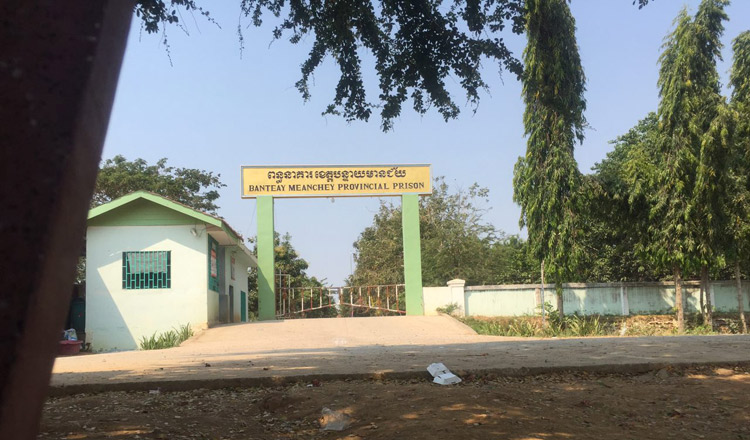 “Although I didn’t get to bring Yusuf home with me this time, I am glad I got to at least hug my son. On behalf of the other parents, I hugged all the other detainees as if they were my own too,” she said, adding that she was among the few parents who had found money to make the trip.

Ms Zunita said it broke her heart when the other Malaysians looked at her and asked if she knew where their parents were.

She expressed her gratitude to the Cambodian authorities who granted permission for the visit, amidst talks between them and Malaysian officials on possible repatriation efforts.

“They [the authorities] were so kind to allow us to talk for about an hour. My son and his friends seemed healthy and fine,” Ms Zunita said. “I’m sure they are well taken care of but as a mother my wish is to have my son home safe.”

While the Kingdom is still reviewing the case, following formal requests by the Malaysian Embassy to Cambodia and Malaysian Foreign Affairs Ministry, she pleaded for the release of the 47 detainees to be expedited.

“Please help us, I beg you. Please have some mercy on the detainees because most of them are still so young and they miss home and their families so much,” Ms Zunita said.

She and the rest of the Malaysian delegation returned home yesterday.

“I am in touch with 20 families at the moment,” Ms Zunita said. “My phone has not stopped ringing with messages and calls from parents asking for updates on their children. I keep reminding them to stay positive and never stop praying in these tough times.”