The 7th Tiger Street Football Festival barrels into Kampong Cham for its footballing extravaganza where organisers continue their search of the next batch of talented teams for berths in the March grand final in Phnom Penh.

Teams from Kampong Cham, Kratie, Stung Treng, Rattanakiri, Mondulkiri, Prey Veng and Svay Rieng provinces will battle it out for a shot at the $1,500 provincial top prize and tickets for the grand final. 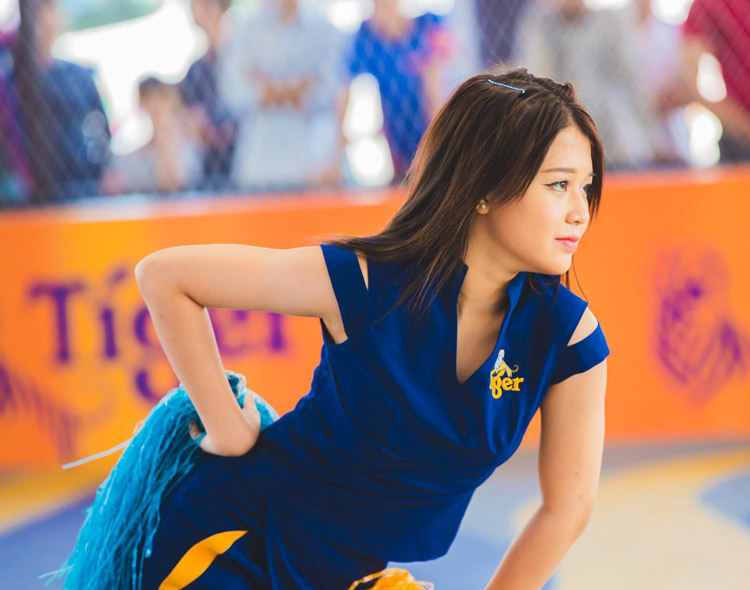 64 top teams will join the final tournament with only the very best of the best teams competing for supremacy at the grand finals in Phnom Penh in front of Koh Pich Theater on 16th and 17th of March. Ronaldinho is widely regarded as one of the best players of his generation. He signed his first professional contract for Grêmio in 1998 before moving over to Europe to join Paris Saint-Germain FC. In 2002 he helped fellow countrymen Ronaldo, Rivaldo, Roberto Carlos, and Cafu to earn Brazil a record 5th world title.

He joined FC Barcelona in the summer of 2003 and was subsequently named FIFA World Player of the Year in his first two seasons at the club. In the 2005-06 season, he played a pivotal role in helping Barcelona win their first European title in 14 years. He ended the season with 26 goals, including seven in the UEFA Champions League.