Mr Sros, who is also a member of the Supreme Consultative Council, made the statement after a meeting with Environment Minister Say Sam Al.

According to Mr Sros, Mr Sam Al said the ministry needs local participation in order to target the source of the issue.

Mr Sros noted that he will lead a working group to investigate private firms and will submit a report to Prime Minister Hun Sen. 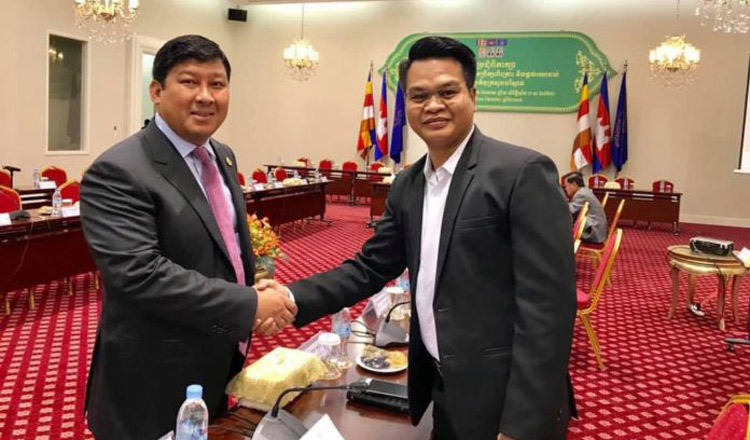 “We will try our best and will submit a report to the government so measures to address the issue can be implemented,” he said, noting that he plans to meet Agriculture Minister Veng Sakhon to address the same problem. “We will show the public how efficient national and sub-national law enforcement agencies are in preventing forestry crimes.”

He noted that the ministry is already cooperating with other institutions and organisations in order to prevent illegal logging.

“Offences remain, but there is a decline in forestry crimes – deforestation is no longer large-scale,” Mr Pheaktra said. “Deforestation is small scale and this is because of the efforts of our rangers and authorities.”

Hoeung Sopheap, a representative of the Prey Lang Network in Kampong Thom province, said illegal logging is not uncommon in the Prey Lang area, despite its designation as protected land.

“The government took measures, but those measures were not effective in preventing deforestation,” Mr Sopheap said, noting that there could be collusion between local authorities and criminals. “We are worried the population of trees will decline because authorities here collude with forest offenders.”