Home - Local stock prices up across the board in 2018

Local stock prices up across the board in 2018

Stock prices for the five companies listed in the local bourse rose significantly in the last year, according to the latest report from the Cambodia Securities Exchange.

On average, stock prices increased by 66 percent, it added.

“Stock prices reflect a company’s value and this value enhances the firm status and fame in the industry. As its value keeps increasing, a company can raise more proceeds issuing fewer stocks,” CSX said. 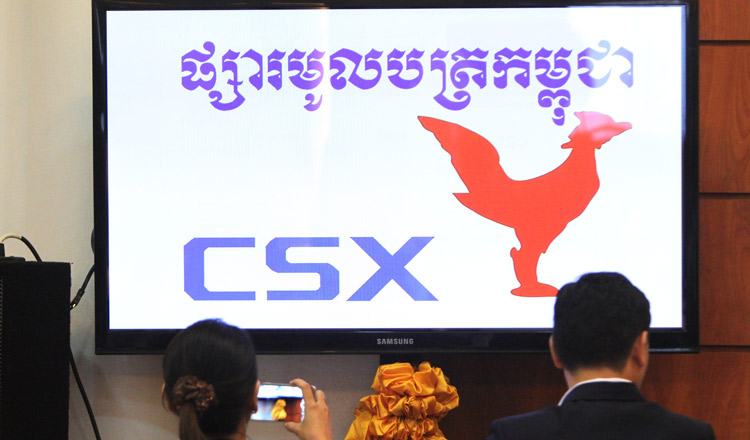 “Going public is the best source of funding for long-term growth for most companies. Unlike taking out a loan with a financial institution, joining the stock market does not require periodic interest payments, collateral or any other obligation.

Hay Lideth, acting director of CSX’s listing and disclosure department, told Khmer Times yesterday that investor participation and confidence on the local bourse has increased in the last year.

“The reason stock prices have increased is that there are more investors in the market. Demand for stocks is growing due, in part, to CSX’s stock trading competition, which ended recently,” he said.

“Phnom Penh Autonomous Port and Sihanoukville Autonomous Port are the strongest performers because they keep increasing the number of containers and provide guaranteed dividends for a specific period,” he added.