Aing Hoksrun, chief of the ministry’s food safety office, on Saturday said 12 people died and 203 others were hospitalised in 13 cases of food poisoning, a decrease when compared to 2017’s four deaths and 703 hospitalised in 28 cases.

“Food poisoning is caused by viruses and toxic chemicals,” he said. “And do not forget food poisoning preventive measures.”

He said that the Health Ministry has been working to provide food-safety training and carry-out food safety inspections by collaborating with other ministries and international organisations.

Meach Sophana, head of the Interior Ministry’s Counter Counterfeit Committee, said food safety and nutrition are one of the priorities of the government. 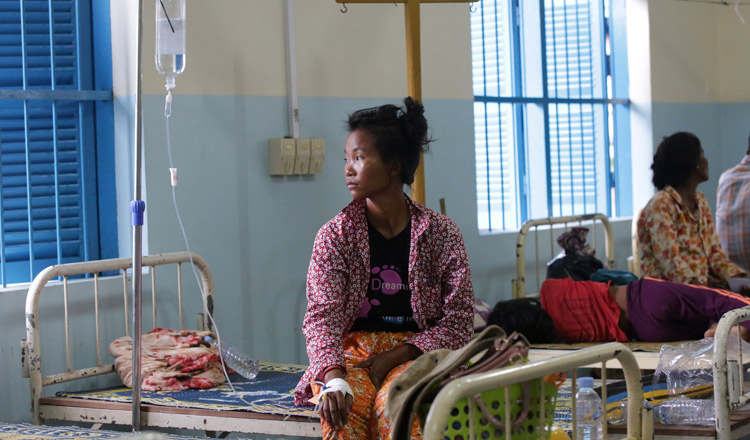 Mr Sophana said consumer participation plays a direct role in the basic understanding of the effects of toxic chemicals in food.

He added that the CCC is working to prevent banned substances from reaching the homes of consumers.

“The committee has coordinated with ministries and institutions to ensure that food, especially imported products, have good quality and do not contain harmful chemicals,” Mr Sophana said.

In January, the Health Ministry said food poisoning is caused by food products that are unclean, spoiled or contain toxic chemicals. It noted that food poisoning could cause stomachache, diarrhoea and vomiting.

Health Minister Mam Bunheng said at the time that the public must avoid eating food and drinking wine that did not meet safety standards.

Vat Vong, director of the school, at the time said that a South Korean group visited the school and entertained the students before giving out the rice packets, bottled water and some sweets.

“When the students started vomiting and having diarrhoea, their parents and local authorities rushed them to hospital,” he said. “Luckily, no one died.”