Authorities cracked down on more than 330 forestry crimes throughout the Kingdom last year and 65 people are now in prison pending trial, according to a report released yesterday by the national commission to crack down on natural resource crimes.

The report also said that last year the working group seized more than 4,000 cubic meters of timber and educated 95 other people before releasing them.

“The group will further strengthen its mechanism because the government has recently made reforms on border management,” Brig Gen Eng Hy said. “So the meeting invited only relevant authorities to set up strategies, actions, and responsibilities.” 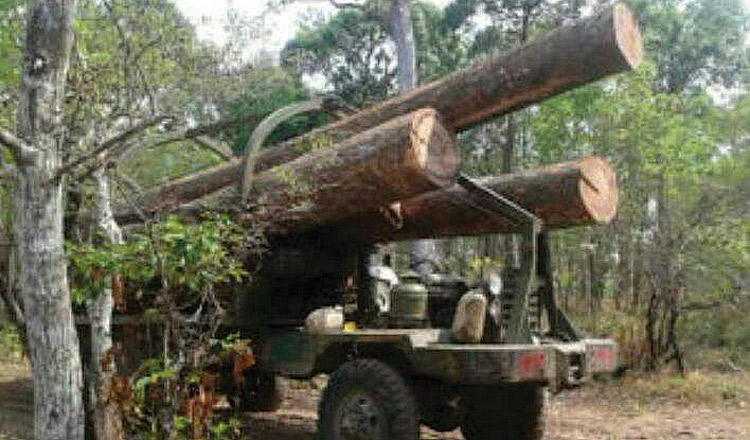 “Authorities must investigate and identify people who commit the crimes and those who are involved in them,” he said. “We have to arrest suspects and gather evidence to submit to the court without delay once a crime is tackled.”

Thon Ratha, an environmental activist and member of the NGO Mother Nature, yesterday welcomed the crackdowns made by the commission throughout last year and said he hopes that the group will become even more effective in suppressing crimes.

“The group has to strengthen law enforcement to protect natural resources and must strictly convict or punish the perpetrators, especially any official who lets these offences occur,” he said.

Mr Ratha called on the authorities to also cooperate with local residents in order to prevent forestry crimes, wildlife hunting and trade and illegal mining in the communities.