Nearly 400 families in Prek Takong I village have won a five-year battle to regain control of land earmarked for a new satellite city being developed by ING Holding.

Community members had in the past gathered in front of the Ministry of Land Management and City Hall several times to demand that municipal authorities carve their land out from the development and issue land titles to them.

At a ceremony at Meanchey District Hall yesterday, Phnom Penh Governor Khoung Sreng said that the grant of land to 380 families was implemented on Prime Minister Hun Sen’s directions. 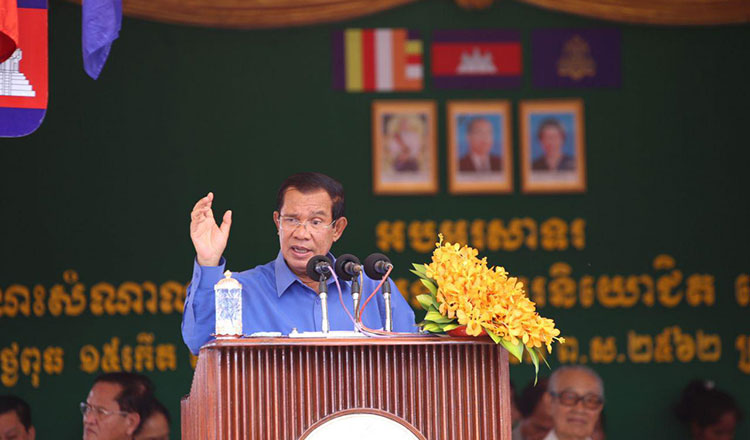 He added that the land had been measured properly to provide the families with land titles. Mr Sreng did not specify the size of the land provided by the government, but he asked the people to keep and use the land for daily living.

“Please use it for the benefit of your families. Keep it safe. Don’t do anything to lose it,” he said. “Pay taxes to the state because this is the duty of Cambodian people.”

Oum Nary, a representative for the families, expressed appreciation and gratitude to the government for granting the land as the people had demanded. “It is about five years already that we have been struggling to meet with the company, and Land Management Ministry and City Hall offcials, to request to carve the land out from ING’s development project,” he said. “We finally reached a solution today, so we are extremely happy.”

He said they had asked for more than nine hectares to be cut from the company’s development project.

The new satellite city development by ING Holding reportedly covers more than 2,500 hectares of land in the Boeung Tumpun and Choeung Ek wetlands, of which 520 hectares are reservoirs.

The satellite city is divided into four areas in which there are commercial, government buildings, construction material locations, factories and residential areas.