Commerce Minister Pan Sorasak, who witnessed the destruction, told local media that about 25 tonnes of garlic containing disulfoton, which was recently seized at the border with a neighbouring country, was burned yesterday morning.

“The garlic contained the chemical disulfoton so it was not safe for consumption,” he said. “The chemical can affect the nervous system, cause diarrhoea and vomiting, and if consumed in large quantity, can even lead to death.” 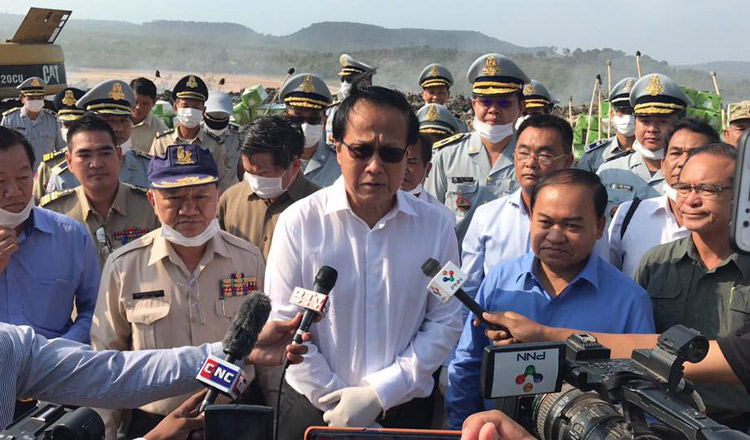 Mr Sorasak said that his officials are equipped to test imported products to see if they contain chemicals that may affect people’s health. He also called for more stringent checks to be carried out.

“All Camcontrol officials should increase checks on markets and shops to ensure food is safe for people to eat,” he said.

A provincial Camcontrol department official yesterday said that the ministry is drafting a new law to impose stiff penalties on those who import or produce food which harm people’s health.

Provincial Governor Yun Min was also present at the ceremony to destroy the garlic. 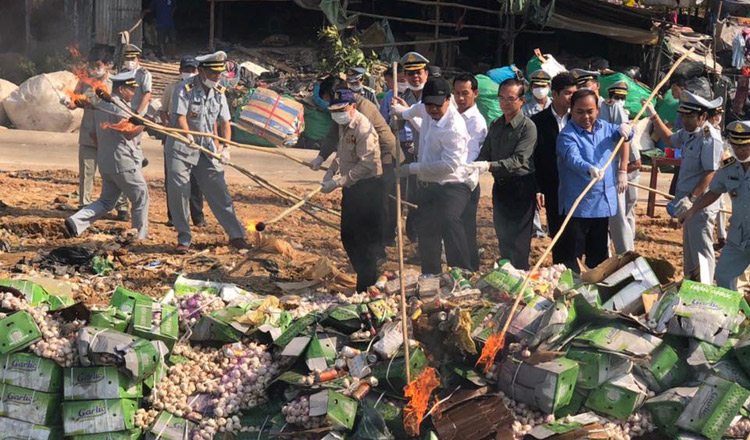 “I support measures to crack down on products which impact our people’s health,” Mr Min said.

Couple tried over sale of drugs to officer