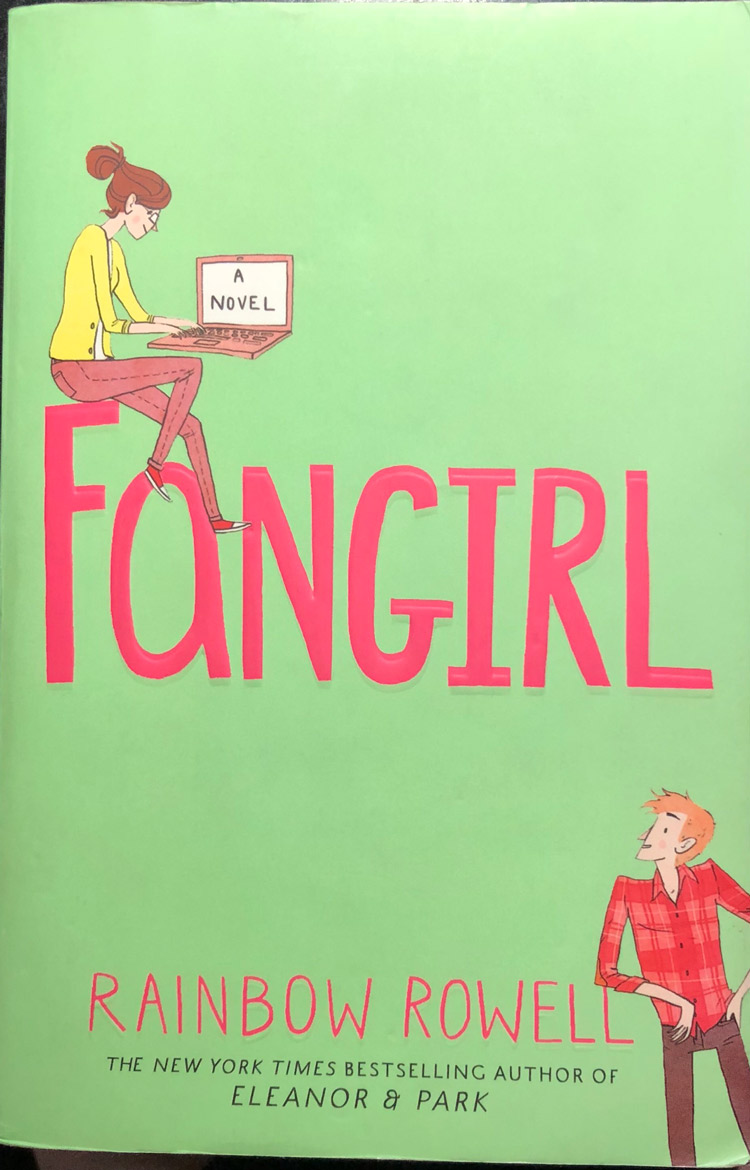 Rainbow Rowell’s “Fangirl” is about how a shy girl opens up her heart to new people and discover new experiences now that she is away from her home and separated from her twin, whom she used to do things with.

The novel revolves around the life of twins, Cath and Wren. Now that they are entering college, they both have to leave their hometown and their father behind. Wren decides to live with her new roommate, Courtney, who she has contacted before moving in. Unlike Cath, Wren insists on having her own roommate. So now, Cath is living with her new roommate, Reagan, who she finds weird at first. Cath would not try to talk to Reagan and she thinks that Levi is Reagan’s boyfriend because Reagan always hangs out with Levi and sometimes brings him into their room.

But as the story continues, readers will know that Levi, in fact, has a crush on Cath. This is the very reason Levi always comes to their room. Cath had a boyfriend who goes to a different college but they broke up because he found a new girl. After the painful incident, Cath starts opening to new people. She now has her eyes on Nick, whom she met in her fiction writing class. Cath thinks of him often and is a little interested in him. Nick and Cath usually meet up at the library to do their assignments on Wednesday night and they would go back home at midnight and Levi is the guy who walks Cath back to her dorm.

This book depicts some realities of the lives of some introvert people and the sadness of not being able to open up to people and let them understand you. This also shows how love is shown between two people who have different personalities and how they rely on each other during hard times.

This book will give you mixed emotions as it also tackles deep situations, such as the divorce of the twins’ parents and how Cath realises that love is more complicated in real life than in her fan fiction. It also shows how Cath tries to open up her heart for new people and how her relationship with her twin sister has changed.

“Fangirl” is not just a charming love story between two people, it also represents fiction and fandoms.