Phnom Penh, 25 January 2019 – Wing (Cambodia) Limited Specialised Bank and SOHO Diversified Group of Companies (SOHO) today created history with their new Mastercard product, empowering the unbanked population in Cambodia with access to shopping rewards without having to own a bank account. This is made possible with the tripartite association of Wing, Mastercard and the new entrant to the cause of Financial Inclusion in Cambodia, SOHO Diversified Group of Companies. 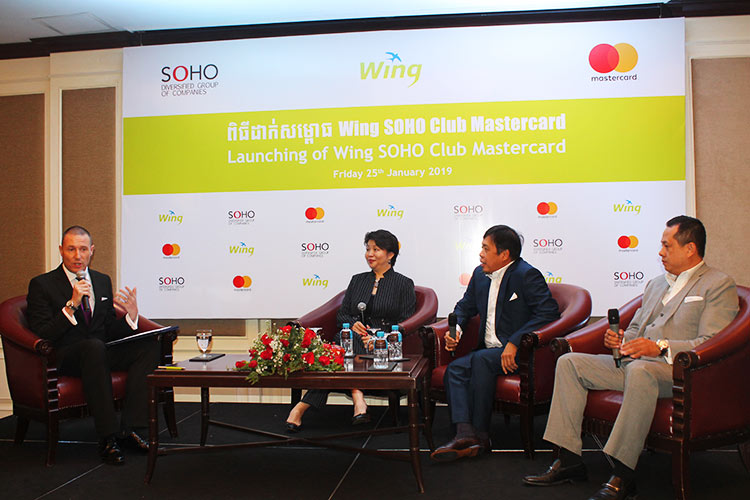 Having received huge support from Cambodian customers for its chain of concept retail stores, SOHO, together with Wing and Mastercard, is extending a world-class shopping rewards experience to Cambodia’s unbanked with its Wing SOHO Club Mastercard. 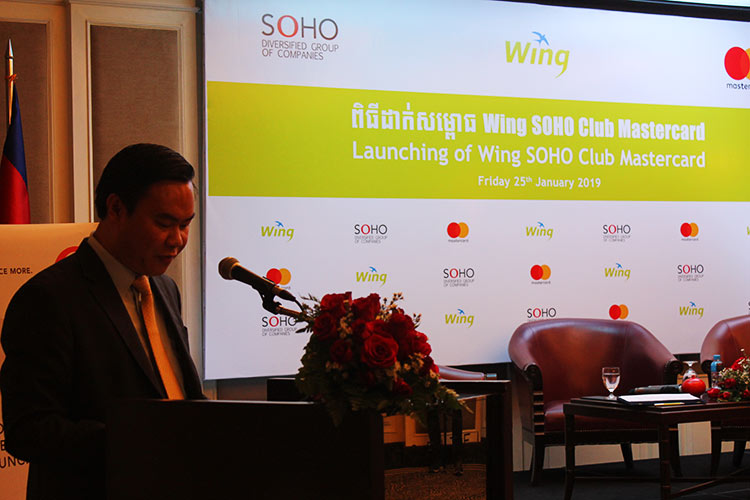 Wing’s Chief Executive Officer, Mr. Jojo Malolos, said the Wing SOHO Club Mastercard will introduce every Cambodian to the world of digital shopping & rewards, right here in Cambodia and around the world, through their Wing Accounts. Every Cambodian who has a Wing Account will now be able to link their Wing Wallets to the newly-launched Wing SOHO Club Mastercard and indulge in local as well as world-class shopping, dining and travelling experiences.

This new product is expected to attract millions of young millennials in Cambodia who have a high interest in shopping, but do not own a bank account, to be able to shop anywhere, by subscribing to the Wing SOHO Club Mastercard and by installing the Wing Money App on their smartphone. 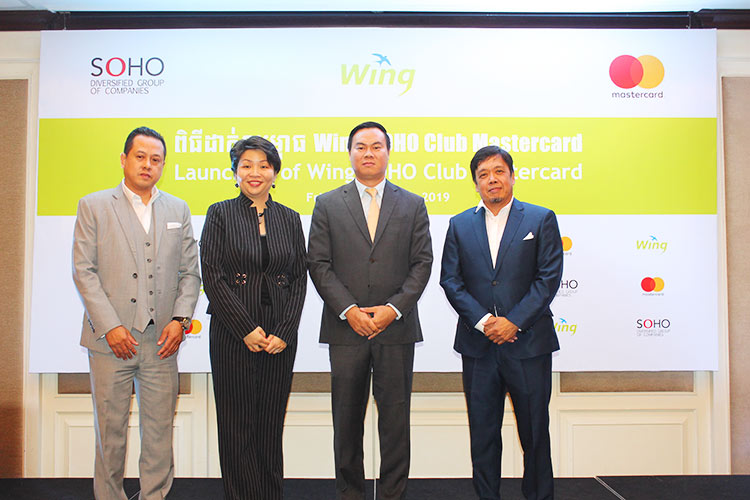 Mr. Henry Horn, the Chairman and Managing Director of SOHO Diversified Group of Companies, said that this new product will open the gates of a world-class shopping & rewards experience to millions of Cambodians through their Wing Wallet. Mr. Horn said he has no doubt there will be a quick uptake of the Wing SOHO Club Mastercard given the seamless and joyful shopping experience it brings through SOHO’s wide variety of lifestyle stores and restaurants in Cambodia.

“Wing SOHO Club Mastercard customers will be able to enjoy attractive cash-back rewards, as well as discounts and other special promotions, when they opt for using the card at any of the SOHO brand outlets, be they retail stores or the rooftop sky bar, Rokku” said Mr. Horn, adding that the idea behind the Wing SOHO Club Mastercard is to provide appreciation to SOHO’s existing and future customers for their continued support at the company’s outlets.

Winnie Wong, Country Manager for Indochina, Mastercard, said “With the payments landscape in Cambodia rapidly evolving, the growth of digital transactions and mobile payments is providing tremendous opportunities to meet the needs of the unbanked population. The Wing SOHO Club Mastercard not only provides safe, secure and exciting shopping experiences to Cambodian cardholders but also encourages financial inclusion. Mastercard is pleased to partner Wing and SOHO in this endeavor.”

SOHO’s customers who subscribe to the Wing SOHO Club Mastercard will receive 1 loyalty point reward for every $1 payment made with this card – which can be accumulated and claimed at a later date for bigger rewards. In addition, customers will receive a 20% discount on their first purchase with the card, followed by a 10% discount on subsequent purchases within the first year of their membership.

The launch of the Wing SOHO Club Mastercard, available for the customers by February 01, 2019, comes five months after Wing and SOHO Diversified Group of Companies entered into an agreement to accept Wing’s QR payment service, WingPay, as well as Wing’s international payment gateway including AliPay, WeChat Pay and the first Mastercard QR.

Wing remains at the forefront of the mobile money and electronic payment services market in Cambodia with 100% district coverage via a nationwide network of over 6,000 Wing Cash Xpress outlets. It has partnerships with more than 30,000 merchants and global industry leaders including Mastercard and WorldRemit. In addition, small and medium enterprises, as well as larger companies, are able to use Wing’s payroll and disbursement services, helping to further develop its payment ecosystem.

About SOHO Diversified Group of Companies

The SOHO Diversified Group of Companies (“SOHO”) is a group of Cambodia-based private limited liability companies with investments in the retail, food, distribution and services industries. Through its fully-owned enterprises and joint ventures, SOHO Diversified Group one of the fastest growing operators of concept retail stores in the kingdom of Cambodia. The group develops partnerships through franchises, joint ventures and exclusive distribution agreements with brands worldwide. SOHO represents popular and successful international brands in Cambodia where the demand for a high quality consumer experience is consistently rising year over year.

The company was founded in 2014 and its name was inspired by SOHO, the eclectic Lower Manhattan neighborhood in New York City, loved for its impeccably classy style, posh shopping areas, clothing boutiques, and trend-setting restaurants.

Mastercard (NYSE: MA), www.mastercard.com, is a technology company in the global payments industry.  Our global payments processing network connects consumers, financial institutions, merchants, governments and businesses in more than 210 countries and territories.  Mastercard products and solutions make everyday commerce activities – such as shopping, traveling, running a business and managing finances – easier, more secure and more efficient for everyone.  Follow us on Twitter @MastercardAP, join the discussion on the Beyond the Transaction Blog and subscribe for the latest news on the Engagement Bureau.