At least ten Chinese men and two Cambodian security guards were injured, some seriously, in a kung fu-style street fight after a motorbike accident on Tuesday in Phnom Penh.

The fight broke out early on Tuesday on Koh Pich.

Tonle Basac commune police officer Kong Chantha said about ten Chinese men were playing on the street when the security guards, who worked on Koh Pich, drove by on a motorbike. The motorbike hit and slightly injured one of the Chinese men.

Mr Chantha said the Chinese men got very angry at the security guards, accusing them of intending to hit them. 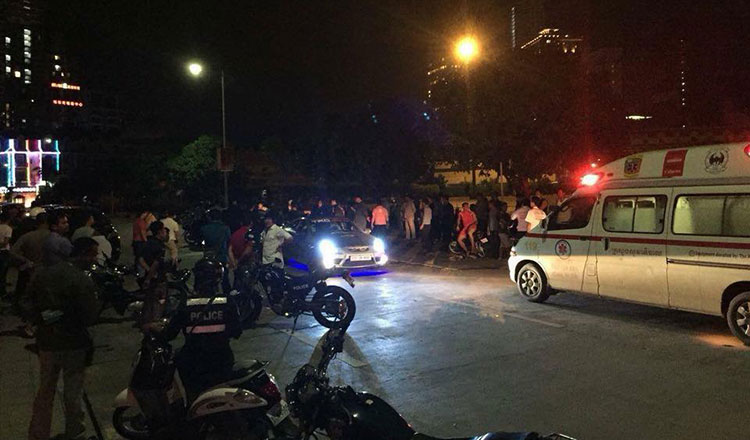 The Cambodians were outnumbered and ran to seek help from friends who worked as security guards in the area. The Chinese party also quickly called friends to join them.

About 20 minutes later, two Chinese cars arrived and 20 Chinese men got out and started fighting the Cambodian security guards.

“They fought each other like the Chinese kung fu stories,” Mr Chantha said.

Military police and other police arrived and stepped in. Police separated them and sent the injured to hospital. 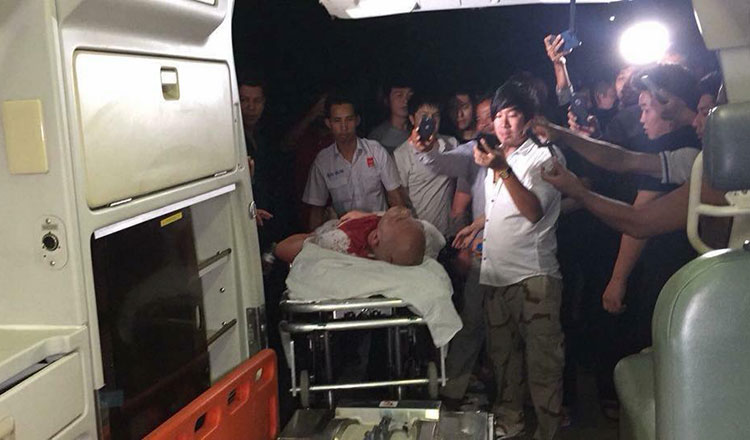 Ten Chinese men were injured, one of whom was knocked unconsciousness. One of the two Cambodians on the motorbike was seriously injured. Both seriously hurt victims were sent to Calmette Hospital.

An officer with Chamkar Mon district police said ten Chinese suspects and three Cambodians who had been fighting were arrested.

They were being detained for questioning and further investigation at the district police station.

“They were accused by police of intentional acts of violence with aggravating circumstances,” he said.