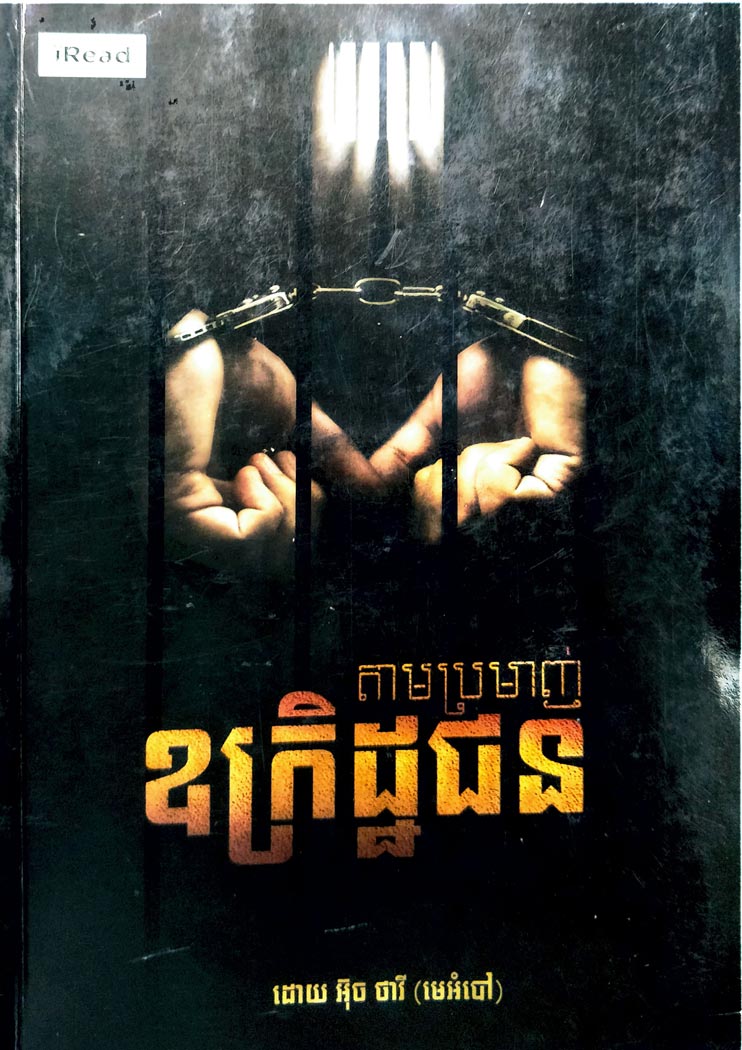 It is not too common to read books with investigative tones in Cambodia. However, Uch Thavy dares to make a difference by penning a fictional story that bravely tackles uncharted territories. With her recent masterpiece, “Tam Bormanh Unkretchun” (Hunting A Criminal), Thavy redefines Khmer literature.

“What you see with your own eyes and hear with your ears is not always true. There are a lot of unpredictable things happening on earth…” reads the first lines of “Tam Bormanh Unkretchun”.

The story tells the story of Piseth who sees his wife, Thida, lying on a pool of her own blood inside their bedroom. Thida is eight months pregnant, but Piseth realises that his wife has been stabbed on the stomach. Both his beloved wife and their unborn angel die right before his very eyes.

With grief and anguish, Piseth calls the police before bringing the tragic news to his parents.

Pheng Visoth, leads the investigation of the crime. Seven days after the funeral, the skillful investigator tries to look more keenly into the case, examining Thida’s corpse. Several questions cloud his mind – “why are there no bruises?”, “why didn’t it seem that the victim and murderer were involved in conflict?”, “why was the scene of the crime not as messy as it was expected to be?”. It’s a strange case, he believes, and he’s going to answer all his questions.

To understand the facts, the author creatively and strategically presents how police such as Visoth investigate on a crime – like how they follow clues – and how they ask questions to suspected parties. Visoth finds out that the security camera in the victim’s home was cut before the murder. His confusion gets worse as he tries to understand the coincidence of the murder and the vacation of the family’s housekeeper.

Visoth questions the housekeeper but later finds out that she is innocent. He follows several leads, including that of a drug addict. But every time he tries to delve into their motives, he finds none.

It is then when Visoth gathers more clues that lead him to Piseth – the husband of the murdered pregnant woman. Piseth, who claims his love and devotion to his wife, tries to defend himself.

But in the end, Piseth pleads guilty of the unspeakable crime. Visoth proves himself right.

“Tam Bormanh Unkretchun”, I should say, is great read. Every sentence hooked me to read more until the end. I am impressed by the intelligence and creativity of the author in making a complicated storyline worth untangling. It didn’t just open my eyes to the ropes of police investigations. It also allowed me to think like I was an investigator myself, solving a crime that didn’t seem to make sense in the beginning.

If you want to know how Visoth made Piseth confess to his crime, borrow this book from Scholar Library.