In a report issued yesterday, the GID said immigration officials revoked 35,001 invalid documents used by 67,494 foreigners and their family members, noting that they hailed from nine different countries with the majority from Vietnam.

“We achieved a positive result on this, but the work has yet to finish,” Gen Chantharith said. “We need more time to do it and the government has approved a six-month extension.”

“Today, provincial police officials will lay out their plans in order to save time and at the same time fulfil the objective of the mission,” he added.

General Sok Phal, a secretary of state with the Interior Ministry, yesterday said police identified most of the foreigners as Vietnamese. Gen Phal said the GID must now conclude their work by the middle of this year.

“In four years, immigration officials have done 82 percent of the work and the remainder is to be carried out until June 30, 2019,” he said. “We must make sure that the work gets done on time.”

Gen Phal said that lack of cooperation poses the hardest challenge for immigration officials, noting that invalid documents could be used to conspire and cheat. 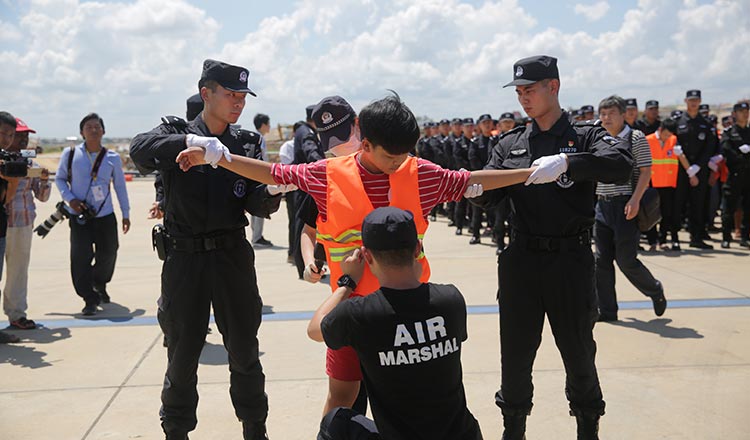 “Some foreigners just don’t understand,” he said. “They hide when we raid and they make excuses, saying that their documents are not available when we check.”

The GID said in its report that foreigners who abide by Cambodian laws are ensured aid on processing legal immigration documents.

It added that a total of 182,673 foreigners from 11 different countries are currently having their documents verified by the department.

Gen Phal yesterday said that since 2014, Cambodia has deported about 15,000 foreign nationals from 91 different countries for using invalid immigration documents to live in the Kingdom.