Major Sok Theng, district deputy police chief, identified them as En Chanty, 23, and Yoeun Ye, 18, who led a group of seven workers and Louch Dy, 23, and Long Choeun, 27, who led the other group of workers. All work for the Dong Nai Rubber Plantation in O’Krieng commune.

Maj Theng said that all four are charged with acts of intentional violence with aggravating circumstances and face up to five years in jail each if convicted.

He said that at about 7.30pm on Saturday, the two groups of workers were having drinks at the plantation and began arguing. 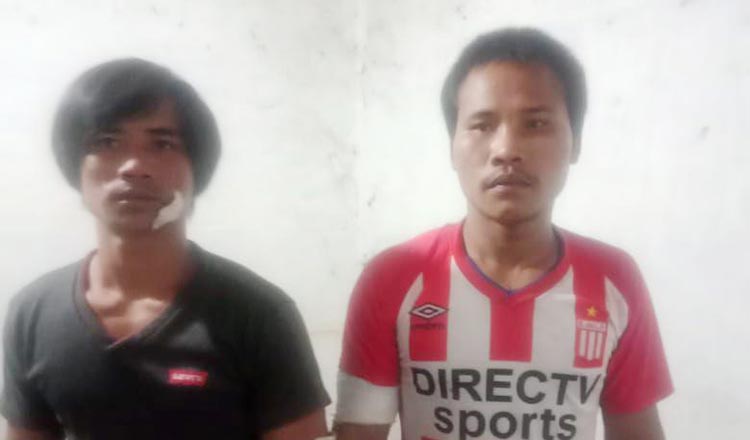 Maj Theng said that during the argument, the two groups started fighting each other using pieces of wood and steel rods. Five workers suffered injuries.

“These four accused were the leaders of two gangs of workers at the Vietnamese-owned-rubber plantation in Sambo district,” he said. “They were arrested on Saturday after their groups fought each other in a drunken brawl which caused five people to suffer injuries to their hands, heads and legs.”

Maj Theng said that other workers alerted police who intervened and stopped the brawl.

He said that after their arrests, police seized several pieces of wood and steel rods and police sent five workers for treatment at the district health centre. He added that the five have recovered and left the health centre yesterday.