The government has downplayed the effects tariffs imposed by the European Union will have on the rice industry, arguing that it had been preparing for this scenario through a strategy to make the trade industry less dependent on the European bloc.

Last week, the European Commission officially imposed tariffs on rice imports from Cambodia and Myanmar that, it says, are hurting farmers in Europe.

EC argues that a significant increase in shipments of Indica rice from Cambodia and Myanmar into the EU are causing economic damage to producers in Europe.

Speaking at a press conference on Friday, Sok Sopheak, secretary of state of Ministry of Commerce, said the actions taken by the EU are not of great concern to the government, and that officials were not “surprised” by the re-imposition of tariffs.

He said safeguard actions like the one carried out by the EU are common, and that many Word Trade Organisation members use safeguard measures to protect their producers and ensure trade is balanced and just.

Despite this, he said the Cambodian government is launching an investigation into whether the EU’s actions go against international law.

“We are now verifying national and international law, and the scientific proof presented by the EU to find out if our rice is really competing directly with products in Italy and Spain. We are looking for evidence to make our case against the tariffs.

“The EU has the right to establish tariffs, but we have the right to protest based on national and international law.

“Our statement on January 17 clearly showed that the EU’s actions were not fully in agreement with international law and scientific proof, and does not accurately reflect social and economic realities,” he added.

According to the official statement from the EU released last week, during an investigation last year launched at the behest of Spain and Italy, the European Commission found that imports of Indica rice from Cambodia and Myanmar increased by 89 percent in the past five rice-growing seasons.

It said the investigation found that rice prices from these countries were substantially lower than those in the EU market, and had decreased over the same period. The surge in low-priced imports caused serious difficulties for EU rice producers to the extent that their market share in the EU dropped from 61 percent to 29 percent, the statement read. 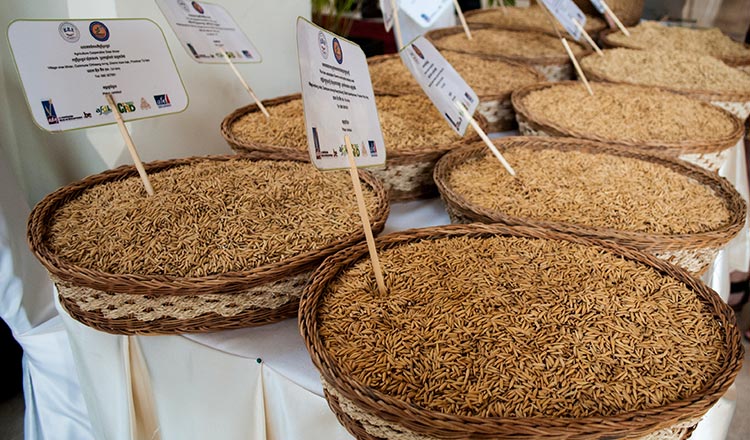 Kann Kunthy, vice president and managing director of Amru Rice Cambodia, posted on his Facebook profile that to circumvent the taxes, Cambodia could export broken rice, as the recently-imposed tariffs would not apply to it.

He said, however, that Cambodia must protest the tariffs because EU member states do not produce fragrant rice, and thus are not in direct competition with Cambodian rice.

“At the same time, Cambodia must strive to boost its competitiveness by undergoing internal reforming, cutting red tape, and reducing production costs, particularly when it comes to seedlings, fertilizers, pesticides, electricity, and transportation,” Mr Kann said.

“Cambodia must grow the rice that the market demands, diversify its market, and adopt the Sustainable Rice Platform, Good Agricultural Practices, System of Rice Intensification, as well as organic methods,” he said, adding that local exporters must consider shipping Japonica rice to Japan, Korea, and Taiwan.

“It was a mistake not to prepare for this while we still enjoyed duty-free access to the EU.

“Trade is like that: when one country believes its people are getting hurt, it would do what it is needed to prevent that damage. Now we are working on the internal reform, and lowering production costs,” Mr Lak said.

Ministry of Commerce’s Mr Sopheak also highlighted a government strategy that he says will ameliorate the effects of the tariffs. Dubbed the ‘Cambodia’s Independence Policy’, it is based on reforming the trade industry, opening up new markets and entering trade agreements with new partners to reduce reliance on the European market.

Part of that strategy, he said, was an initiative announced this month that will see a number of agencies removed from border gates to reduce costs for exporters.

“We also dropped the export management fee to help farmers and workers increase incomes, and eliminated fees on processing Certificate of Origin documents to help exporters. This will cost the government $10 million a year.”

“This is part of the Independence Policy to strengthen trade,” he said, adding that so far the government has lost about $60 million a year to help the trade sector, particularly the rice industry.

He said next month a new sub-decree will be issued that aims to boost Cambodia’s competitiveness in the international market.

“This is not a direct response to the EU’s actions. We have been planning some of these measures for many years, and now we are implementing them,” he added.

Last year, Cambodia exported 626,225 tonnes of rice to international markets, a drop of 1.5 percent compared to 2017.

The largest market for Cambodian rice continues to be the EU, which imported almost 270,000 tonnes, equivalent to 42.98 percent of total exports.