Two young children on Tuesday died in a fire believed to have been caused when they were trying to cook noodles in their cottage in Pursat province’s Pursat city while their parents were out.

He identified the victims as El Mat, seven, and his sister El Mai, three, who were left alone at home by their parents.

“When our police officers arrived at the scene we only saw the remains of the victims,” Mr Hai said. “The fire is believed to have started when the children were playing with a lighter while trying to cook noodles.” 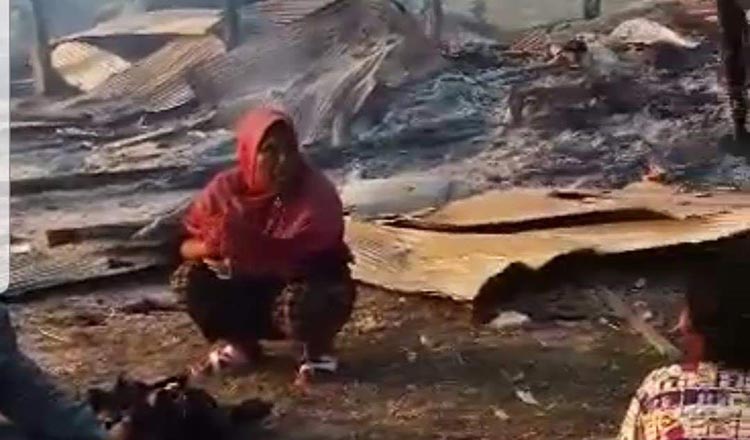 He added that the cottage was located far away from other villagers’ houses.

“The victims’ father was hired to take care of a farm and he built a thatched-roof cottage on the farmland,” he said.

Mr Hai said that the father, Tor El, told police that before he left to look after his cows in the field, he had prepared noodles on the table for his children to cook.

He noted that Mr El’s wife also left the house to cut thatch in the field.

“It was careless of the parents to have left very small children to stay home alone,” Mr Hai said.