Members of the Asian Cultural Council yesterday in Siem Reap launched the “100 Model Village Project”, which focuses on the pillars of peace, sustainable development, connectivity and innovation.

According to the Siem Reap Declaration established in 2019, members of the ACC agreed to promote peace, sustainable development, human connectivity and innovation through culture.

ACC members committed themselves to promote the culture of peace with the motto: “A world with rich diverse cultures based on appreciation and cooperation.”

According to the declaration, the ACC will emphasize the linkage between culture and sustainable development through the promotion of synergies between social and cultural values and the enhancement of international consensus, cooperation and partnership.

The ACC will also further develop concrete action plans to promote human connectivity, shared values and common interests, and to eliminate all forms of extremism through culture and dialogue.

The project is expected to be carried out in 100 Cambodian villages nationwide and support the realisation of long-term macro-economic targets for 2030 and 2050.

“If successful, this model will be used for future development in culture-based and grassroots intervention,” said an attachment to the declaration.

ACC director-general Suos Yara yesterday said Cambodia serves as an example of a success story of how the four pillars come into play. 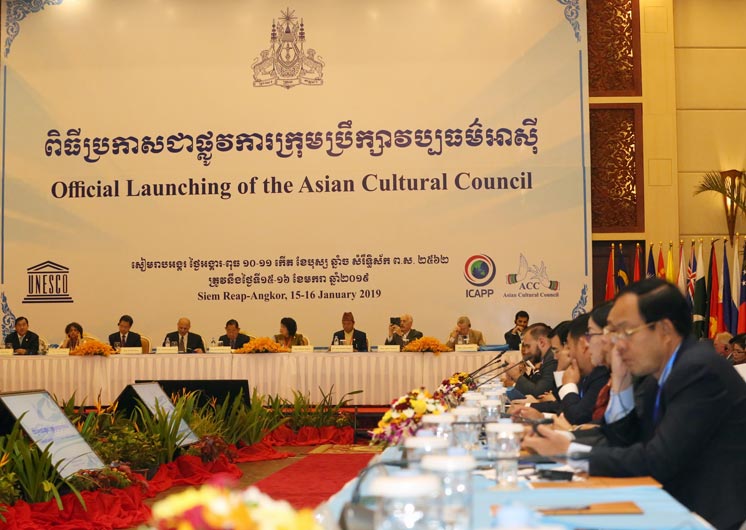 “Cambodia is an example of a place of culture and human connectivity made of people from different countries and religions,” Mr Yara said. “Cambodia has moved from war to peace through religious harmony.”

He said that the project was initiated by Cambodia as part of an effort to implement the four pillars.

Mr Yara said that the project aims to improve living conditions, environmental management and social welfare in order to reduce poverty, noting that the next step is for provincial authorities to select four model villages in each province across the Kingdom.

The ACC is an affiliate of the International Conference of Asian Political Parties and now has more than 350 political parties from 52 countries across the region as members.

Mr Hun Sen said during a gala dinner to mark the launch of the ACC last night that having Cambodia host it boosts the Kingdom’s reputation.

“Launching the ACC is significant for opening a new page of international cooperation on culture for the interest of nations in the region,” Mr Hun Sen said.

A Royal Message from King Norodom Sihamoni was also read by an official during the launching of the ACC. 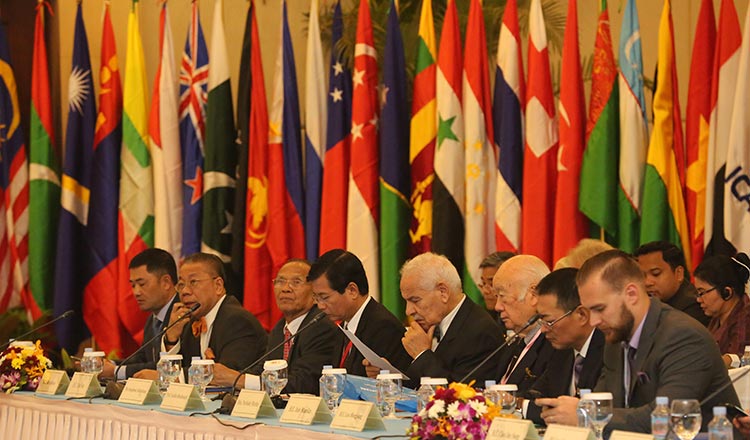 “I am deeply touched by the values of harmony and respect for cultural diversity that anchor the founding principles of the ACC being launched today,” the official read. “It is only by adhering to those principles that we can hope to forge a culture of peace and to put an end to the scourges of war and insecurity, which are still erupting in some places in Asia.”

“Harmony was the overarching spirit of the great Angkorian civilisation, as expressed in the iconography of hundreds of temples,” the official added.

Mushahid Hussain Sayed, vice chairman and special rapporteur of ICAPP, yesterday said: “The ACC will be the cultural voice of the 21st Asian century.”

Former bodyguard chief given a pardon