Banteay Meanchey provincial police and firefighters on Monday rescued hundreds of people, six of whom were injured, in a blaze at an 18-floor casino belonging to tycoon Kok An.

Maj Khem said police and firefighters managed to control the situation and put out the fire by about 11pm, roughly two hours after it sparked.

“There were six people who were injured in the fire which started from the fourth floor and spread to the 13th floor,” he said. “Five of them are Cambodian staff and the other is a Chinese guest.”

“They got injured because of smoke inhalation while they were trapped by the flames and were sent to hospital,” he added.

Maj Khem noted that no one died in the blaze, which started in the casino’s elevator following an electrical malfunction. 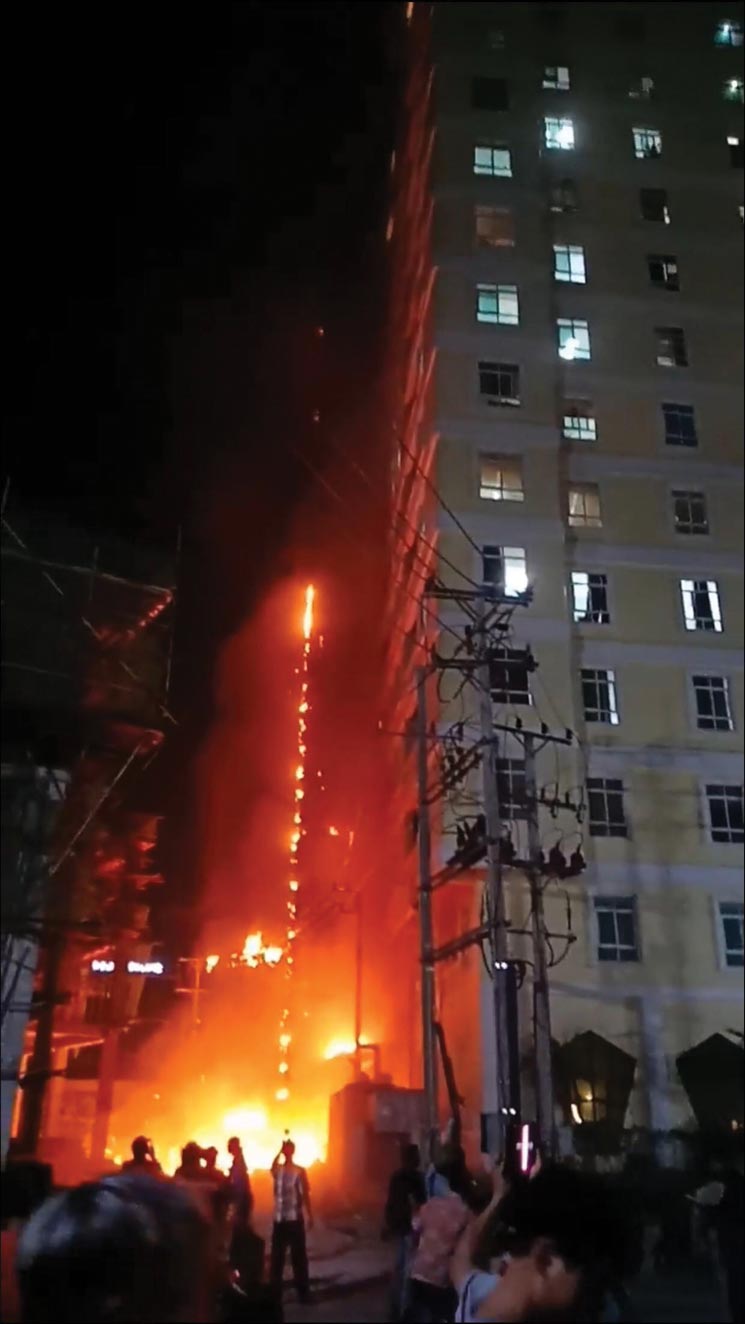 “Hundreds of people in the casino were helped to safety through emergency exits,” he added.

According to a report by the National Fire and Rescue Police Department, firefighters used ten trucks to put out the fire, seven from the provincial police station and three from the casino.

“There were more than 1,000 staff and guests in the casino but they were safely evacuated,” the report said.