With concerns rising over fake news, media specialists yesterday said that journalists have a vital role to play in curbing the spread of false information.

In a Cross-Talk discussion with Khmer Times yesterday, President of the Club of Cambodian Journalists Pen Bona said that as information becomes increasingly accessible on digital platforms, misinformation spreads quickly.

“Because of advanced digital equipment, such as smart phones, and with the internet being available everywhere, some people tend to discredit news and create fake news to gain Likes and Shares for their posts,” Mr Bona said. “As a result, fake news is overwhelming to the public.”

“We, journalists, must improve skills and knowledge to verify facts and news sources to fight against the spread of fake news,” he said. “Although it’s hard to eliminate it, I believe that readers will soon be more careful and more attentive.”

Nop Vy, media director at the Cambodian Centre for Independent Media, said that fake news has become a global concern for media professionals because it causes chaos in society.

“I observed that some people created fake news to gain popularity for their websites and posts so that they could earn money in as many ways as possible,” Mr Vy said. “They faked a news website and Facebook page of professional media by using similar names. These are their tactics to mislead the public.” 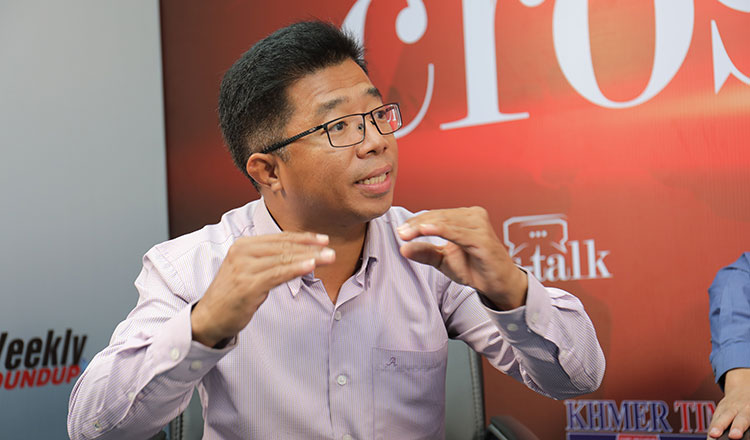 “The media organisation must check the facts to protect their reputations,” he said. “The society will face chaos if fake news is spread by reporters who do not try to find the truth and who just believe in what pops up on social media.”

Meas Sophorn, an undersecretary of state at the Information Ministry, said the public should read news by registered and professional media outlets.

“The public must get news from registered media outlets. For now, it’s important that the government, development partners, stakeholders, and journalists to work together to combat the spread of fake news,” Mr Sophorn said.

Last week, Prime Minister Hun Sen sent a letter to the Editor Forum of Cambodia, an assemblage organized by the CCJ, appealing to all journalists to adhere to their professional code of ethics and respect for the law by avoiding publishing or broadcasting fake news, and by keeping their media output unbiased.