Two held over theft of 73 phones

Mr Borith noted that they were charged by the court prosecutor with theft and have been sent to the provincial prison pending trial.

“According to the accusations, they are facing punishment of six months to three years in jail each and also a fine from $250 to $ 1,600 each if convicted,” he said.

Major Choum Sopheak, a penal police officer with the provincial general crimes department, said that on Wednesday at about 12.30am, the two accused, who were gamblers, entered the casino to play games. 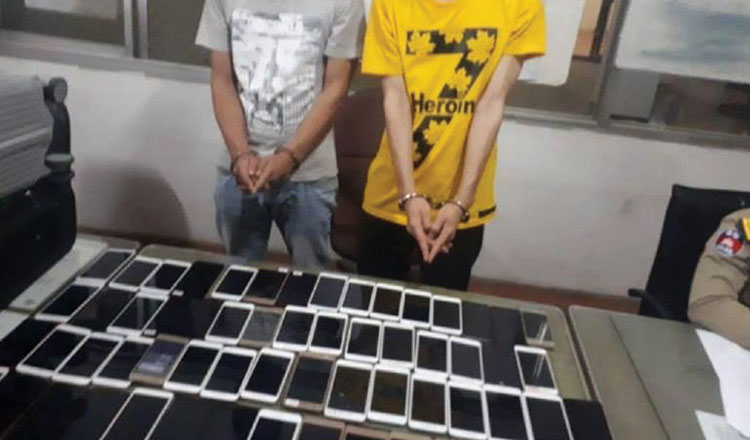 After they entered to the casino, they spotted the phones on display at an unattended booth and seized the opportunity to steal phones.

“While the vendor was in the bathroom, they entered the shop to loot 73 phones from it,” Maj Sopheak said. “After stealing 73 phones, they put them into black plastic bags and fled to stay at their guesthouse rooms in the commune.”

He noted that after returning from the bathroom, the vendor realised 73 phones were stolen and reviewed CCTV footage, which showed the perpetrators and was shared with local police.

The accused were later arrested at about 10am at their guesthouse, which was nearby the casino.

After their arrests, police confiscated the 73 stolen phones and returned them to the vendor.