Despite challenges, exports grow by 4 percent

The year presented a number of challenges that experts feared could slow down export growth, including a national election that many believed would significantly impact the business cycle, and the European Union’s announcement that it is considering annulling the everything-but-arms (EBA) scheme with Cambodia.

Mey Kalyan, a senior advisor to the Supreme National Economic Council, told Khmer Times that the slowdown in export growth is concerning.

He said the deceleration is the result of a number of international events that are undermining investor confidence, including the trade war between China and the United States and EU’s announcement that it is considering cancelling the EBA deal with Cambodia.

“If investors cannot export, they will not invest, which means exports and imports will decrease,” Mr Kalyan said. “We are too reliant on exports and foreign direct investment. This is a weakness.

“Events in the global economy can harm us significantly. We must diversify our production and our export market,” Mr Kalyan added.

In a report issued yesterday, the ministry placed the total value of exported goods in 2018 at $11.2 billion, while imports were valued at $13.7 billion, a 5.7 year-on-year hike.

According to the ministry’s report, since 2009, the annual value of exports has expanded by about 8.4 billion, while imports have grown by more than $10 billion.

Speaking at the Ministry of Commerce’s annual gathering yesterday, Ouk Ty, general director of the Administration and Finance General Directorate, said that to facilitate import and export activity, the ministry has implemented a number of reforms in 2018, including enabling commerce departments in six provinces to issue the D form needed to obtain the certificate of origin.

Commerce officials in Palin, Battambang, Banteay Meanchey, Oddar Meanchey, Tboung Khmum and Ratanakkiri – all located along the border – can now issue the form, which is necessary to ship products abroad.

Likewise, Mr Ty said the ministry has linked the D form issuance system with ASYCUDA, a computerised system to manage the country’s customs, under a pilot programme that is being implemented with fellow Asean member states.

Commerce Minister Pan Sorasak said at the annual meeting that this year they have achieved a great deal in terms of developing hard and soft infrastructure, facilitating trade, and diversifying export markets. 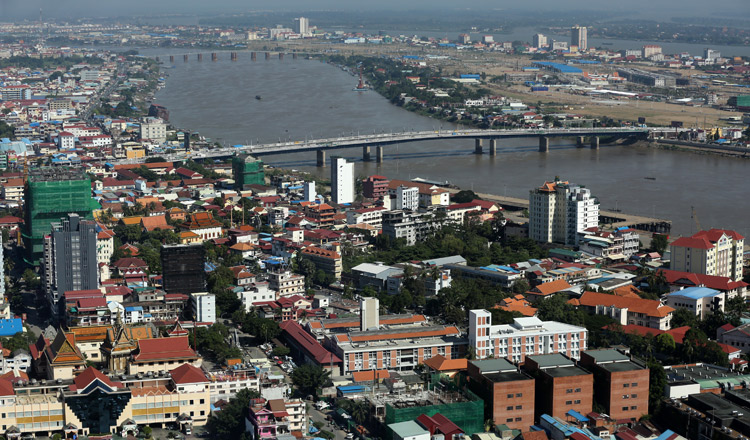 “The exports of Cambodia continue to increase. More and more foreign direct investment from China is coming, raising processing factories and plants to manufacture travel bags. The number of orders from foreign firms has also increased,” Mr Sorasak said.

“Cambodia is now moving up the value chain, from a producer of low-end products to more valuable goods. In this context, diversifying our production is important. It is part of our strategy to boost exports by further industrialising the country,” Mr Sorasak said.

The ministry has been conducting negotiations with the Eurasian Economic Union (EAEU) – a bloc composed of five countries: Armenia, Belarus, Kazakhstan, Kyrgyzstan and Russia – where demand for winter clothing is strong, providing a great opportunity for the Kingdom’s garment sector, the minister said.

He said Cambodia has already negotiated bilateral trade deals with three EAEU members, and is now working on agreements with the remaining two.

He said an agreement similar to the Regional Comprehensive Economic Partnership (RCEP) will be signed next year, encompassing 16 countries and allowing Cambodia to expand exports to China, India, Japan, South Korea, Australia and New Zealand.

“Next year, we will export a lot because we have been diversifying our market,” Mr Sorasak said. “Likewise, we will create a mechanism to stabilise or boost the price of agricultural commodities.

“These tasks will take time and require strong cooperation among all players,” Mr Sorasak added.