He said that Ms Putheavy was charged with procurement of prostitution with aggravating circumstances and was sent to prison pending trial. The offence carries a jail term of up to five years and a fine of up to $1,000.

Captain Seng Vichetr, a municipal anti-trafficking and juvenile protection department police officer, said that the accused was arrested by municipal anti-drug trafficking police at about 6pm on Friday during a raid on her shop. 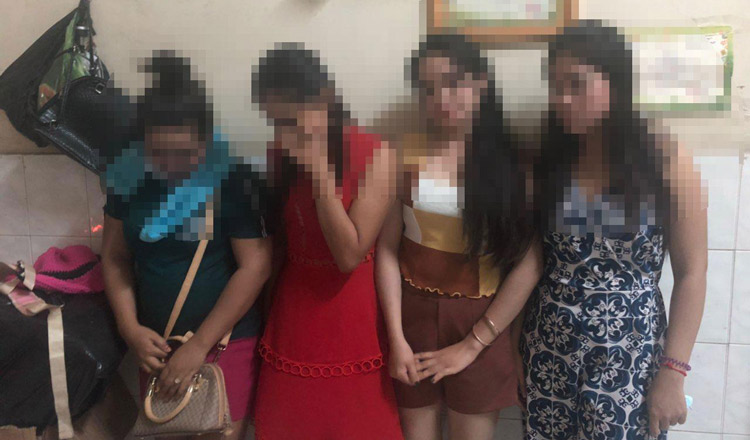 He said that police knew about her activities after an undercover police officer, posing as a motorbike taxi driver, visited the massage shop pretending to want sex in order to interview the masseuses.

Cap Vichetr added that after collecting enough information, police raided the premises while some masseuses were having sex with clients.

“She allowed the masseuses to have sex with their clients by charging from $15 to $20 per session,” he noted. “She took from $2.5 to $5 from each woman as commission.”

Cap Vichetr said that during the raid police caught four masseuses red-handed having sex with clients, including two who were below 15-years-old, adding that police also seized a notebook with the names of clients who had sex and also used and unused condoms.

He said that the four masseuses were sent to the municipal rehabilitation centre for counselling and to learn vocational skills before they are re-integrated into society.