The Royal Government of Cambodia continues to dish out sizeable cash incentives to the kingdom’s sporting heroes with medallists from five different sporting disciplines the latest to benefit.

On Friday, Sar Sokha, Secretary of State of the Ministry of Education, Youth and Sports, presided over an awards ceremony to athletes in Karate, Petanque, Cycling, Fencing, and Soft Tennis all of whom won medals in international competition.

A sub-decree announced in July, 2015, declared that the government would award cash prizes for silverware-winning athletes from a special fund to promote the nations sporting development dishing out 80 million riel ($20,000) for a gold medal. 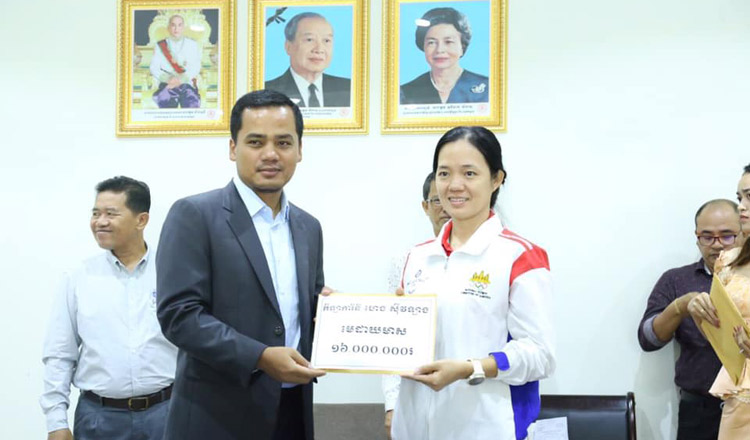 Showering both money into sporting development in Cambodia has been a feature of the Prime Ministers leadership.

In 2017, he received an International Olympic Committee award in recognition of his efforts to encourage sport. Later that year, Cambodia dished out more than $1.7 million in prize money with the prime minister contributing from his personal budget some $109,000 to 211 medallists from the 29th Kuala Lumpur SEA Games and other international sporting competitions.