For amateur filmmaker Shanghai Chang, his film was made to reflect his own dilemma, his own truth – his mental illness. And to his surprise, his film – a deeply personal and sensitive story – received tremendous praises when it was screened during the Cambodia International Film Festival.

Filmed since 2016, “mélancolie (n.)” tackles the most controversial reality of the present society. And Shanghai was brave enough to show scenes that depicted such – no matter how uncomfortable and sensitive they may seem to others.

In his film, Shanghai plays his own self. The camera was set in front of him as his sickness attacks. Scenes of him holding a knife, applying lipstick and putting a finger into his mouth were shown – they were all disturbing, but they were all real as well. The filmmaker also used weird sound and lighting effects on his masterpiece.

“mélancolie (n.)” was originally Shanghai’s output for a film workshop he was part of years ago. He didn’t have the courage the show it to a large audience at first as he was scared to be judged and ridiculed.

“That film is too personal but I made it as I was inspired by a movie, ‘Girl Interrupted’. I watched it once and found out that it is a reflection of my own story. During the film workshop, everyone presented their films. I was the last one to be called. Everyone was so quiet while watching the film. I didn’t see them applauding after. However, an American girl approached me and told me she understood what I wanted to show in my film. We share the same story,” Shanghai shared. 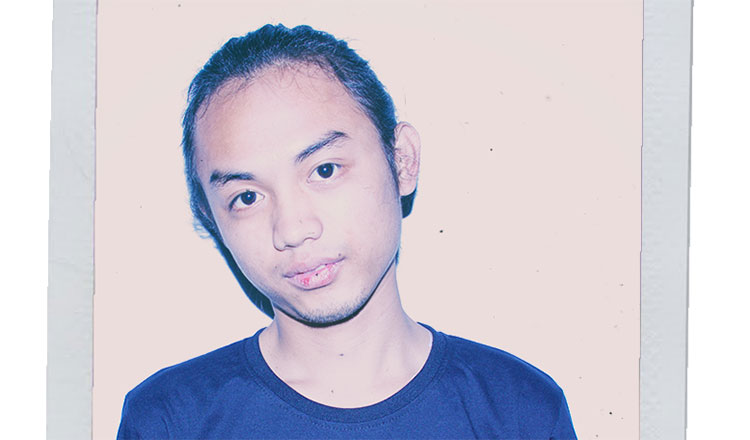 Shanghai noted that as debates and talks about mental illness are becoming more and more common everywhere, it is high time for films with such themes to emerge as it will help spread right knowledge on mental illness and eradicate the stigma surrounding it.

“Due to a lot of complicated problems in my family, I started having mental illness at a young age. I knew I had pattern OCD since 11 years old after a check-up in Vietnam, and I had bipolar disorder and anxiety at 14. Until now, I take six kinds of pills for six varying diseases. I get only project-based jobs due to these problems.”

Before becoming a filmmaker, Shanghai was known as a fashion designer. It was his friends in the industry that inspired him to submit his piece for a competition.

“My film was selected in Chaktomuk Short Film Festival. But I pulled it out because I wasn’t confident enough back them to reveal my story.”

He then focused on making costumes for films that were directed by renowned directors in Cambodia such as Chou Davy and Neang Kavich. It was these directors and the film crew who pushed him to send his film to the Cambodia International Film Festival.

“‘mélancolie (n.)’ was selected and screened in some major cinemas in Phnom Penh. I was trying to escape from the Q&A session because I didn’t comfortable when people asked me about my personal story.”

But Shanghai soon found the courage when he got selected by the Cambodia Film Commission. His film was then brought across Southeast Asia through the S-Express Cambodia programme, and was even showcased in an art gallery in Japan in November.

Now, Shanghai keeps himself busy with new feature film projects about his road trips. He hopes people will support him and his upcoming films.

Never too young to lead