About ten family members and friends of a news fixer charged over his role in a sex trafficking documentary dismissed as fake news by the government attempted to submit a petition to the Russian embassy in the capital yesterday asking it to lobby for his freedom.

Rath Rott Mony, who aided the production of the Russia Today documentary, was jailed on charges of incitement to discriminate over his involvement in the production of the sex trafficking film, which alleged Cambodian mothers were selling their daughters’ virginity to feed their impoverished families.

Family and friends of Mr Rott Mony held placards in front of the Russian embassy for about 15 minutes yesterday before police approached and moved them away from the gate.

One of the placards called for Russian President Vladimir Putin to help intervene for the release of Mr Rott Mony.

Mr Rott Mony aided the production of “My Mother Sold Me” and was placed in pre-trial detention in Prey Sar prison on December 13.

Long Kimheang, the wife of Mr Roth Mony, attempted to submit a petition to the embassy, calling on the Russians to publicly stand by Russia Today and the accuracy of the documentary.

“The Cambodian government has based its charges on the claims that the protagonists were paid to deliver made-up testimonies,” Ms Kimheang said in the petition. “This is unfounded.”

“All testimonies are true and legitimate and all protagonists testified by their own will although recent statements were made because of police pressure,” she added.

Russian embassy officials did not come to accept the petition yesterday and its spokesperson could not be reached for comment.

In an email to Khmer Times yesterday, an RT press officer said they were in regular contact with Mr Rott Mony’s family and will continue to support them in any possible way.

“In order to best support Mr Mony, and not jeopardize any forthcoming legal process, we will not be providing any further details at this time,” the officer said. Sam Titseyha, a lawyer with rights group Adhoc who is aiding Mr Rott Mony, yesterday said the agreements between Mr Rott Mony and the main sources in the film were potential evidence to prove that his client is innocent.

“The agreements we have clearly state those sources’ words and stories reflect their real life, and their pasts. This is strong evidence to prove that Mony did nothing wrong,” Mr Titseyha said.

Since the release of the documentary in October, the government has dismissed it as fake news after the mother and daughter featured in the film retracted their statements of the daughter’s virginity being sold.

Mr Rott Mony and his family briefly fled to Thailand in order to seek asylum in the Netherlands before Thai officials detained and deported him back to Cambodia.

Film director Pavel Burnatov said that his team had worked with Mr Rott Mony before the film, noting that the film crew obtained all required permits for shooting the movie.

“He was brought in to assist in making several documentaries in Cambodia – including a 2016 film about the tough working conditions in the nation’s factories,” Mr Burnatov said. “Mony never experienced problems with the authorities before. Everything was fine.” 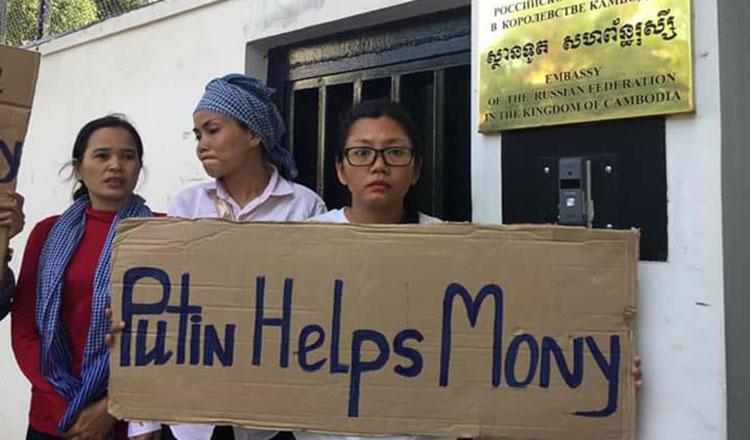 “The team worked in close contact with the local authorities who were well aware of the nature of the documentary,” he added.