Brig Gen Sophath said they were charged with drug use and trafficking and face up to seven years in jail each if convicted. All four are now in prison pending trial.

He said that Mr Gatto, Mr Scherrer and Ms Sreyrath were arrested at about 3pm on Sunday after provincial anti-drug trafficking police raided their rental house in commune 2. 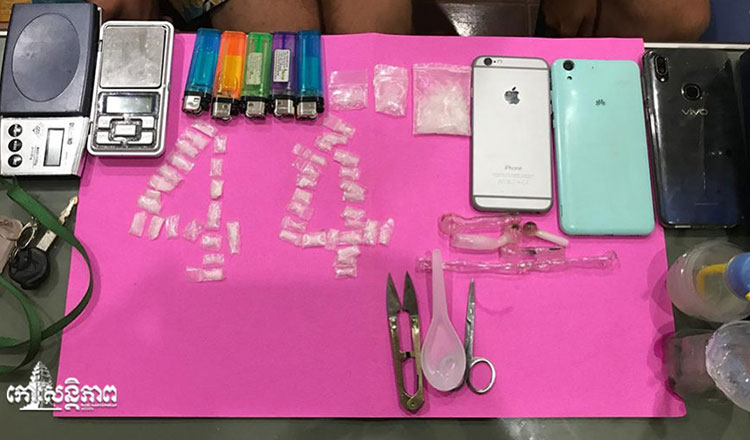 He added that all three tested positive for drugs.

“During their interrogations the Italian and Swiss nationals and the Cambodian woman admitted committing the offence,” Brig Gen Sophath said. “The foreigners confessed that before their arrests, they had distributed drugs several times to foreign tourists in Sihanoukville.”

He noted that based on the three accused’s confessions provincial anti-drug trafficking police at about 6pm on Sunday arrested Mr Sameth, who sold the drugs to the foreigners, in commune 4.