Germany, defending World Cup Champions, sensationally went out of the 2018 FIFA World Cup after they were defeated by a South Korean double in stoppage time in their Group F decider at the Kazan Artena yesterday evening.

The Koreans went into the game with two defeats and only a heavy win against the defending champions and a Swedish defeat would give them any hope of qualifying for the next stage. Germany knew a win would secure their route into the next stage.

A tight game was settled in stoppage time as Kim Young-gwon scored for the Asian-side in added time after the referee consulted a video review. Tottenham’s Son Heung-min added a second sealing German fate just before the final whistle.

Germany had not been eliminated in a World Cup first round since 1938 and go out having scored a meagre two goals in three outings. 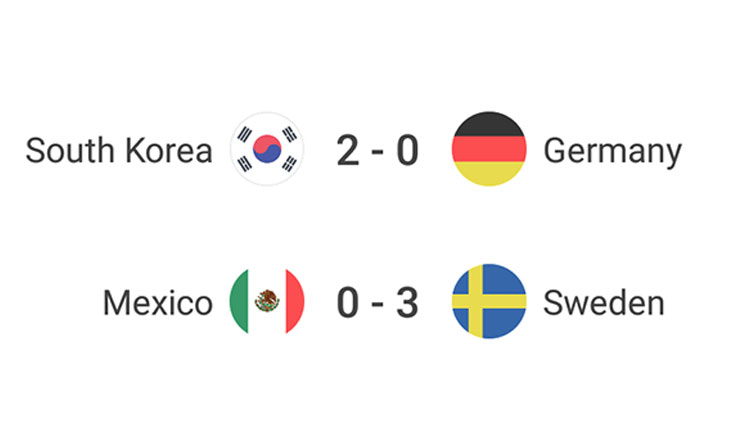 The Germans had defense of their 2014 title had begun with a shock defeat to Mexico and it was only a dramatic Toni Kroos stoppage time free-kick in their second game against Sweden which saw them go into game three with any hope.

As fate would have it, VAR which has been a defining factor of this year’s tournament, saw the Die Mannschaft exit the competition finishing bottom of Group F after two losses and a solitary win.

Sweden qualified for the round of 16 as group winners after the winning 3-0 against Mexico.

After dominating the first half, a 51st minute Viktor Claesson mis-kick saw his shot find Ludwig Augustinsson who fired past keeper Guillermo Ochoa. 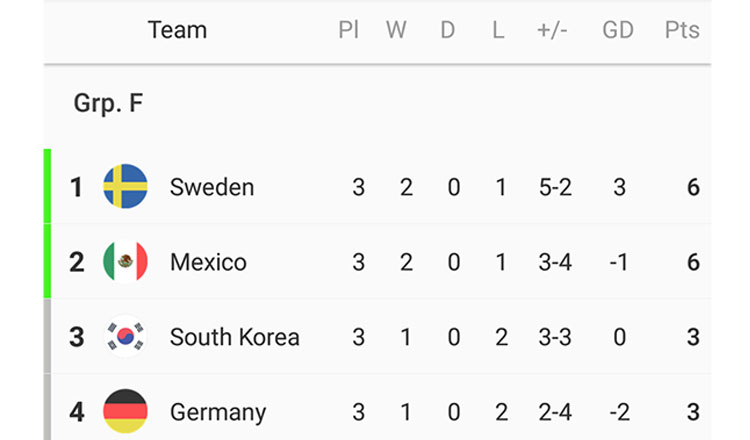 They got a second in the 62nd minute as Andreas Granqvist fired home a penalty after Marcus Berg was fouled by Hector Moreno.

Edson Alvarez put the ball in his own net in the 74th minute to compound Mexican misery.

However, both teams finished on six points, a clear three ahead of Germany and South Korea. Sweden topped the group on goal difference.