The aim of the first is to minimise water pollution in Choeung Ek Lake through the construction of a new water treatment plant, while the second project is aimed at increasing technical cooperation to strengthen legal and institutional frameworks.

City Hall spokesman Met Meas Pheakdey could not be reached for comment yesterday.

Flooding has been a chronic problem in the capital, sparking outrage among residents. City Hall has been blamed for inefficient development. 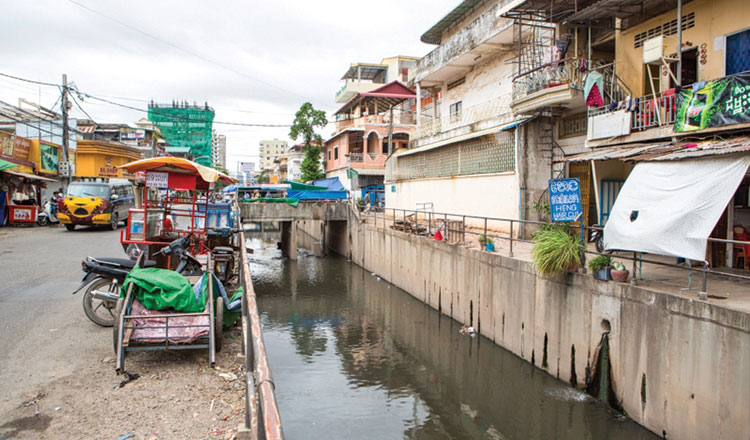 The government said that flooding in the city is common and attributed the cause to an increase in population and urban development.

San Chey, executive director of the Affiliated Network for Social Accountability, said that he welcomes Japan’s contribution in Cambodia’s urban development due to Japanese expertise in the matter.

“Japan is known for effective urban development because the country has survived various major natural disasters. The contribution of Japan will be a relief for officials dealing with flooding,” Mr Chey said. “Confronting the problem is a headache for municipal officials at all levels. So when there is such a project, it will most likely relieve some burden as JICA helps reduce flooding.” Torrential rain hit Phnom Penh on Monday and yesterday, flooding several areas of the capital and leading to outrage on social media.

The ongoing battle against drugs