In an attempt to break a world record and help preserve Khmer culture, Cambodians are weaving the longest krama in the world, which has already surpassed 1,100 metres in length.

An adjudicator from the Guinness World Record will be in Phnom Penh on July 1 to assess whether or not the krama is indeed the longest of its kind, in a ceremony that will be held at Phnom Penh’s Diamond Island.

An initiative of GoGo Cambodia, an organisation established by youths to promote Cambodian national pride, the project started on February 13 and has involved 20 krama weaving communities across the country and about 20,000 individual weavers working at Veal Preah Mehru, in front of the National Museum in Phnom Penh.

GoGo Cambodia’ Dr Sann Vathana said the creation of the world’s longest krama, a traditional Cambodian scarf, seeks to promote the use of this traditional garment to help preserve Khmer culture, traditions and heritage. 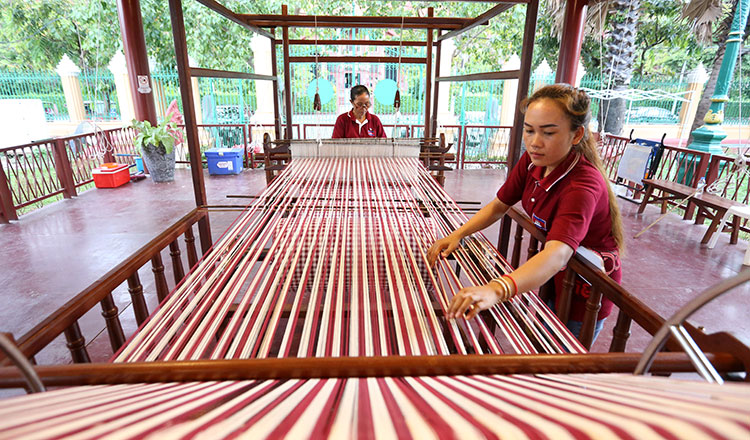 “We have weaved the longest krama in the world and it proves that Cambodians can do anything,” Dr Vathana said

“The krama is already longer than we expected. Yesterday, we reached 1,111 meters and it will keep on growing as we still have a few days left.”

Anyone can participate and add some inches to the krama, he added.

In 2015, Cambodia gained world records for the largest Madison dance and the largest sticky rice cake, which weighed more than four tonnes.

General Electric breaks off healthcare to focus on power, aviation