SOCHI (AFP) – Brazil’s inability to keep their emotions in check contributed to their spectacular implosion at the 2014 World Cup, so the worry is that once again the pressure might prove too much for the ‘Selecao’ in Russia.

The enduring image of the 2-0 win over Costa Rica that kick-started their campaign in Saint Petersburg last Friday was Neymar’s tears at full-time, after he scored the goal that clinched the victory.

The world’s most expensive player is carrying the weight of the nation on his shoulders, and only recently returned from three months out after a foot operation. 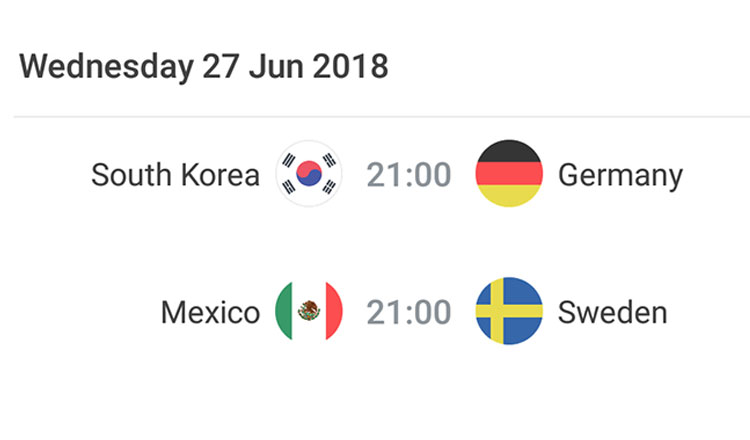 However, seeing Neymar cry also brought back memories of Brazil’s unravelling as hosts four years ago.

Then, Thiago Silva and Neymar were among the players who memorably broke down in tears at the end of their penalty shoot-out win over Chile.

At the time, some sections of the media labelled the team crybabies, and 1970 World Cup-winning captain Carlos Alberto accused them of not being mentally tough enough. Meanwhile, coach Luiz Felipe Scolari brought in a sports psychologist to help the squad deal with the pressure.

That campaign, of course, ended with their 7-1 capitulation against Germany in the semi-finals, and in Russia it is vital current coach Tite keeps a lid on emotions as Brazil seek to atone for the disaster of 2014.

Their performance in qualifying ensured that they came to Russia among the favourites, but they have not yet completely convinced and are still not certain of reaching the knockout phase going into tonight’s game against Serbia.

“Everything we did in qualifying and in our friendlies created a lot of expectation. That weighed on us, and there was an obligation to win our opening game,” admitted the full-back Fagner.

But while the squad can be excused for feeling some pressure, not everyone back home has been sympathetic towards Neymar for his tears and his perceived play-acting in the Costa Rica game. 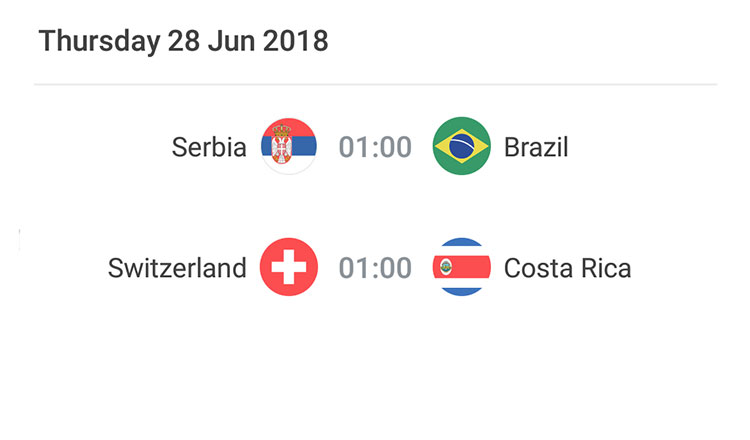 The Paris Saint-Germain player has been attacked on social media, leading his father to call for a truce. And Neymar even found himself on the end of criticism from Silva after swearing at him for giving the ball back to the opposition when the game was still goalless.

“He is my little brother, and I try to look after him, give him advice (but) I was very upset with him,” Silva later said.

“When I gave the ball back, he swore at me. But I think I was right. My conscience is clear and I am very upset with the way he insulted me.”

It all hints at an emotional fragility within Neymar that could be damaging to Brazil’s chances – against Costa Rica he picked up a late yellow card and another booking on tonight would rule him out of the last 16, should they qualify.

Among those rounding on Neymar is Eric Cantona, with the former Manchester United and France forward pointedly posting a photograph of another great Brazilian, Socrates, alongside a message calling for “no more cheating” and “no more crocodile tears”.

Nevertheless, perhaps it is unfair to single out Neymar for his tears when this World Cup has also seen Mexico’s Javier Hernandez cry at the end of their win over Germany.

On Sunday, Panama captain Roman Torres was unable to contain his emotion during the national anthem before his team’s game against England. 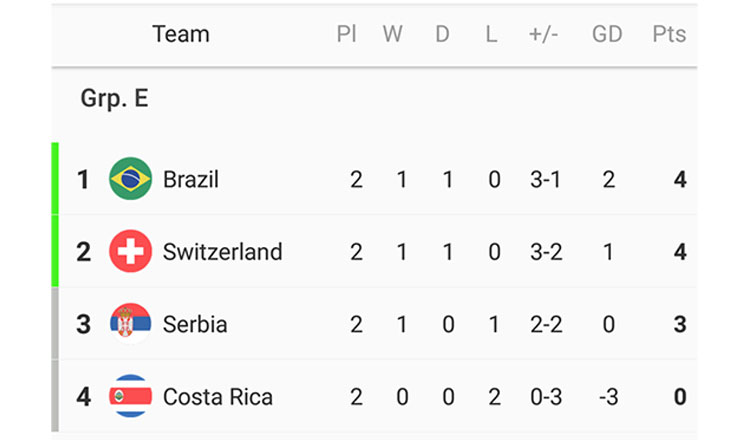 In any case, there is nothing unusual in seeing a Brazilian weep.

A teenage Pele cried tears of joy after the 1958 final win over Sweden, while Toninho Cerezo is said to have broken down in the dressing room after a mistake gifted Paolo Rossi a goal in Italy’s unforgettable 3-2 win at the 1982 tournament.

But one thing that is clear is that finding a way of taking some of the pressure off Neymar can only be beneficial to Brazil’s prospects in Russia.

Meanwhile, in Group F, Germany’s Marco Reus has no intention of allowing South Korea to get in the way of Germany progressing to the last 16 now that the World Cup holders have already saved their skins once.

Reus was a substitute in the 1-0 defeat to Mexico, but given a starting role against Sweden he bundled in a 48th-minute leveller to drag Germany back into the game.

With seconds on the clock in Sochi, Germany secured a vital 2-1 win thanks to Toni Kroos’s superb curling shot, with Reus setting it up in a set-piece move.

It meant Germany avoided the ignominy of becoming the sixth team to crash out as World Cup holders, but they are not safe yet.

Four years after Spain became just the fifth champions sent packing after a disastrous group-stage campaign, Joachim Loew’s pre-tournament favourites could still be stopped at the first round for the first time since 1938.

While the exuberant, post-match celebrations by Germany’s coaching staff upset Sweden, they belied the champions’ desire to show the rest of the world that their business in Russia is far from over. 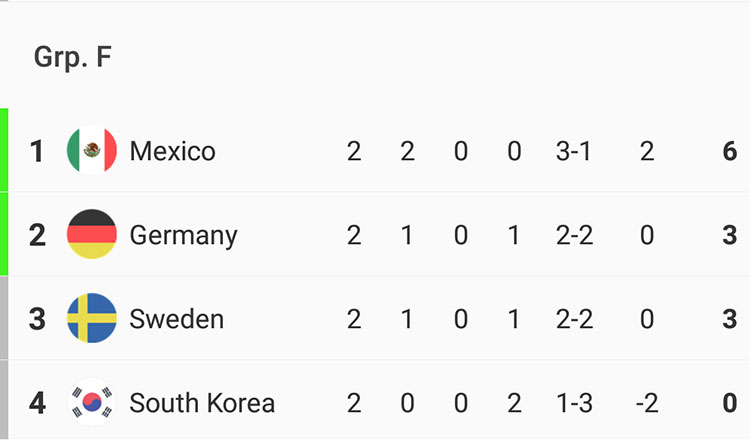 However, the Germany team that won all 10 of their qualifiers with a whopping 39-plus goal difference has yet to convince many they deserve a place in the last 16, let alone the World Cup final.

Germany’s path to the second round is littered with obstacles.

Although South Korea sit bottom of the group without a point following defeats to Mexico (2-1) and Sweden (1-0), all four teams can still qualify. Germany will go through if they win by two or more clear goals against South Korea, who can qualify if they beat Germany and Sweden lose, and finish with a better goal difference than both teams.