Home - Getting Closer To Its Consumer, Wing Introduces Wing Mini

Getting Closer To Its Consumer, Wing Introduces Wing Mini

Phnom Penh – June 22, 2018: Based on the success of Wing’s most popular services – phone top up and bill payment, Wing is excited to launch Wing Mini.  The former 2,000 Wing Point agents selling phone top-up and doing bill payment will now be called Wing Mini. This transformation is introduced to expand the agent’s income and earn more by adding two additional mobile payment services at every outlet – Wing Account Opening and Cash-in.

Wing Mini is positioned as a smaller Wing agent focusing on phone top-up, utilities and loan payment, Wing account opening and cash-in. They are your next door neighbor convenient store that sells your basic needs. Now they are also a Wing agent, smaller and provides basic services but not money transfer. 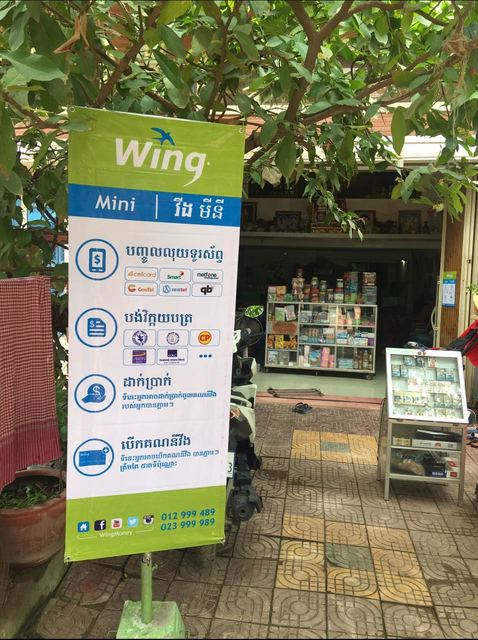 Wing Chief Executive Officer, Mr. Jojo Malolos shared his gratitude to all Wing Mini agents for putting all of their efforts in providing Wing’s mobile payment services despite the limited budget they earn from running small business in front of their home or even under a parasol along the street.

“We really appreciate the spirit and passion that run within the blood of our Wing Mini agent, those who show their trust and join us on the pathway to improve the daily lives of Cambodian population through cashless ecosystem,” said Mr. Malolos, adding that it is Wing’s responsibility to make sure our business partner grows with us, and Wing Mini is just one of the many examples.

Ms. Chetana Kor, one of the Wing Mini agents located near Orussey Market said the income she earns from providing Wing’s mobile payment services has contributed a lot to her existing mobile phone selling business.

“I have been able to expand my phone selling business, thanks to the income earned from providing Wing’s services within the last two years,” said Ms. Kor, adding that she is looking forward to providing more and more Wing’s services in the future. 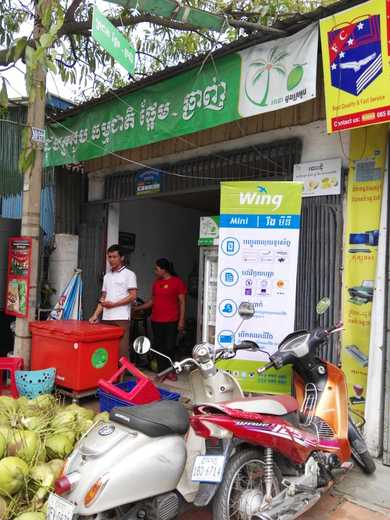 Wing Mini is created with the purpose of getting as closed as possible to the customers, offering almost-similar services to the Wing Cash Xpress agent. Wing Cash Xpress agents services remains the same they will be the focal point when it comes to sending and receiving money anywhere in Cambodia while Wing Mini is your partner for bill payment which is comprised of utilities such as electricity, water, internet, cable TV and more. They also provide loan repayment for major Microfinance and banks as well as contributions to major insurance company and consumer businesses in the country. These Wing Mini outlets will also perform Wing account opening for those customer who wish to perform payment transaction on the go. They can also perform cash-in for Wing account users including those who have mobile Wing Account.

Customers can seek for services of Wing Mini by just looking for a wall sticker, or displayed I-stand of Wing Mini at their neighborhood groceries, phone shop, street food cart, and so much more.