Home - Messi and Argentina on the brink

Messi and Argentina on the brink

SAINT PETERSBURG (AFP) – Held by Iceland and humiliated by Croatia, Argentina’s World Cup could already have been all but over, but Lionel Messi and the rest of Jorge Sampaoli’s troubled squad have one final shot at redemption against Nigeria this evening.

Victory against the Africans, who Argentina have beaten in all four previous World Cup meetings, will secure qualification for the last 16 as long as Iceland don’t shock already-qualified Croatia.

Even if Iceland claim a first ever World Cup victory, Argentina could still progress on goal difference.

However, bouncing back will take a huge improvement in performance and strength of character so far unseen from the two-time world champions in Russia.

The Argentina federation were even moved on Saturday to confirm that Sampaoli would continue for the final group game among rumours of a rift between players and coach.

“I get the feeling there’s a general anger at the heart of the team,” said Argentina’s legendary 1986 World Cup-winning captain Diego Maradona. 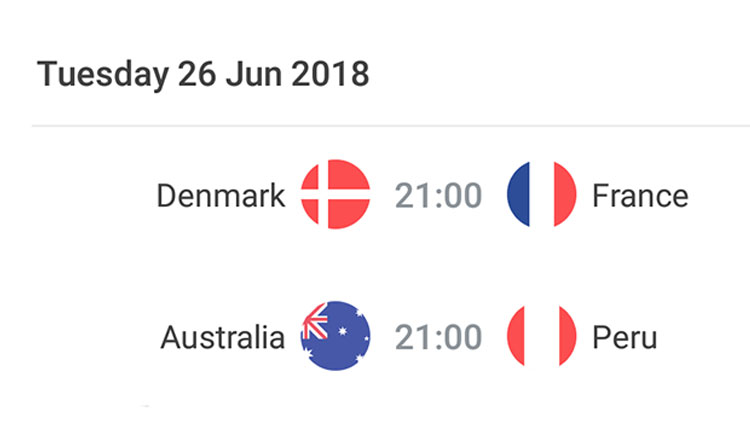 “I’m furious and very upset inside, because anyone who wore that shirt can’t see it being trampled like that by a Croatian team that isn’t Germany, that isn’t Brazil, that isn’t Holland or Spain.”

For all his heroics with Barcelona at club level, Messi is still often compared unfavourably in his homeland for his inability to recreate Maradona’s success for the national team.

Messi led Argentina to the World Cup final four years ago and consecutive Copa America finals in the following two years, but all three ended in defeat.

And his 31st birthday on Sunday only served to highlight how time is running out for Messi to win a major international tournament. 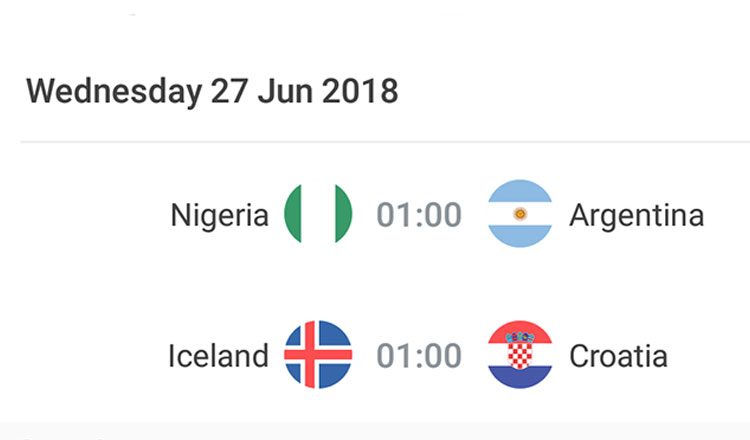 Without the five-time World Player of the Year, though, it is highly unlikely Argentina would even have qualified.

Messi salvaged a disastrous campaign under three different managers with a hat-trick away to Ecuador in the Albiceleste’s final qualifier.

In their hour of need, Argentina need Messi’s best once more. So far in Russia, Messi has been held scoreless. He missed a penalty among 11 unsuccessful shots on goal in a 1-1 draw with Iceland before failing to make any meaningful impact in an error-strewn Argentine display against Croatia.

A month on from Messi’s rescue mission in Ecuador, he sat out a friendly as Nigeria beat Argentina 4-2 back in November to highlight how reliant even a squad containing Sergio Aguero, Gonzalo Higuain and Paulo Dybala remain on their number 10. 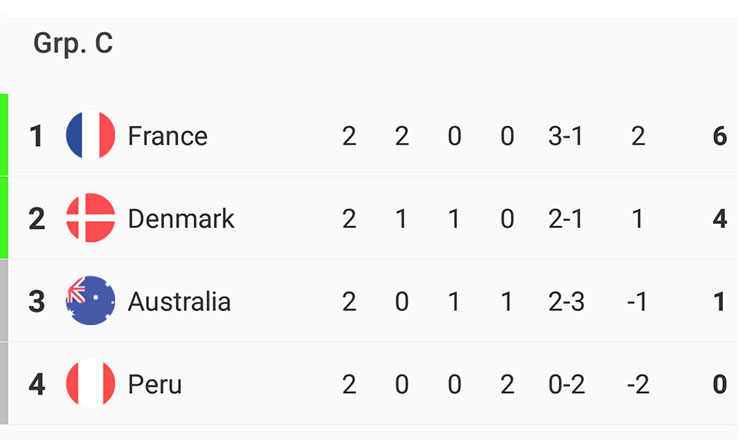 “It is the most critical situation I have experienced, along with the Ecuador game,” said Argentina midfielder Lucas Biglia on Sunday. “But sometimes you have to cling to something.”

Argentina are clinging to the hope their captain bails them out again.

Meanwhile, France are waiting for star striker Antoine Griezmann to hit his stride as they aim to secure top spot in Group C against Denmark tonight.

Griezmann is yet to find his best form in Russia. While he scored from the penalty spot in an opening 2-1 win over Australia, his sluggish start to the tournament mirrors his early travails at Euro 2016 where Griezmann finished as top scorer. 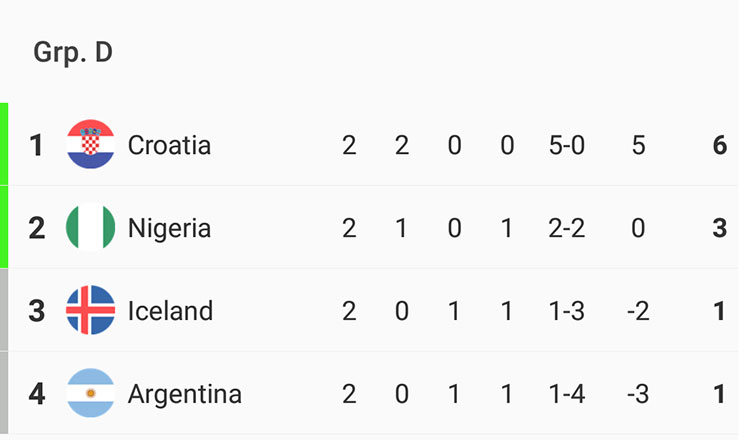 Griezmann admitted there is room for improvement as France target a deep run at the World Cup.

“I’m going to get better and I’m sure the level everyone expects, including myself, is going to come quickly,” he told French TV channel TF1.​Didier Deschamps’ side are already qualified and would clinch first place with a draw in Moscow, a result that would also send Denmark through as runners-up irrespective of Australia’s result against Peru.