Twenty houses were destroyed in a fire which broke out in Phnom Penh’s Meanchey district yesterday morning, the cause of which remains unknown.

Homeowners said that the fire started at about 5am in Boeng Tompon II commune’s Tomnop Toek III village and left them helpless as fire trucks could not access a small, narrow road leading to the blaze.

They said that the blaze quickly swept through twenty houses, mostly built of wood and corrugated tin roofs, in just an hour. 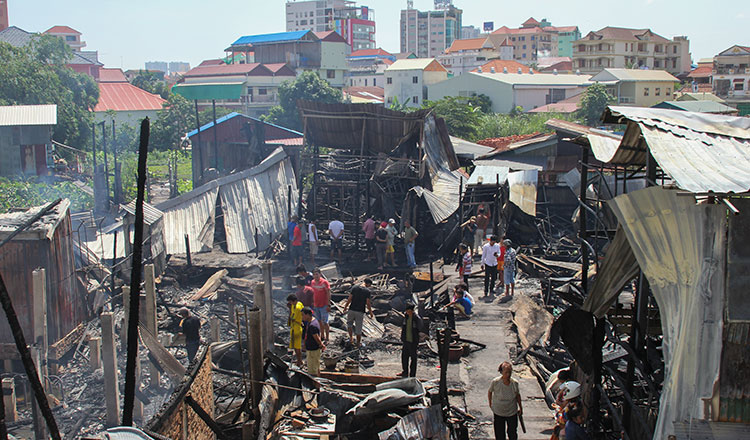 Phum Minea, 30, whose house was passed down from his father, said he saved most of his belongings from being consumed by the fire.

“We can say that it is lucky for me that some of my house stayed intact becasue some others were completely destroyed. When the fire truck arrived, I asked the officer to spray the water from the fire truck by myself,” he said. “It is just a matter of a few minutes that the whole house would be destroyed.”

“I do not know the cause, but the fire came from the house rented to drug users and they may carelessly use the fire to light their smoke,” Mr Minea added.

Prom Yorn, director of the municipal fire department, said yesterday that due to a small road, it was hard for fire trucks to get close to the fire.

“The road is very small and we had to extend hoses very far to reach the fire,” Mr Yorn said.

Pa Sothim, 38, whose house was destroyed, said that it would be tough for her family to make ends meet now.

“The fire was very quick and it happened at the same time when my child was lying sick, so everything was gone, including the refrigerator and some closets and a motorbike,” she said, noting that his child was recuperating from dengue fever.

Boeng Tompun II commune chief Luk Chey said a total of 20 houses sheltering 36 families were destroyed, noting the cost of damage could not yet be estimated. 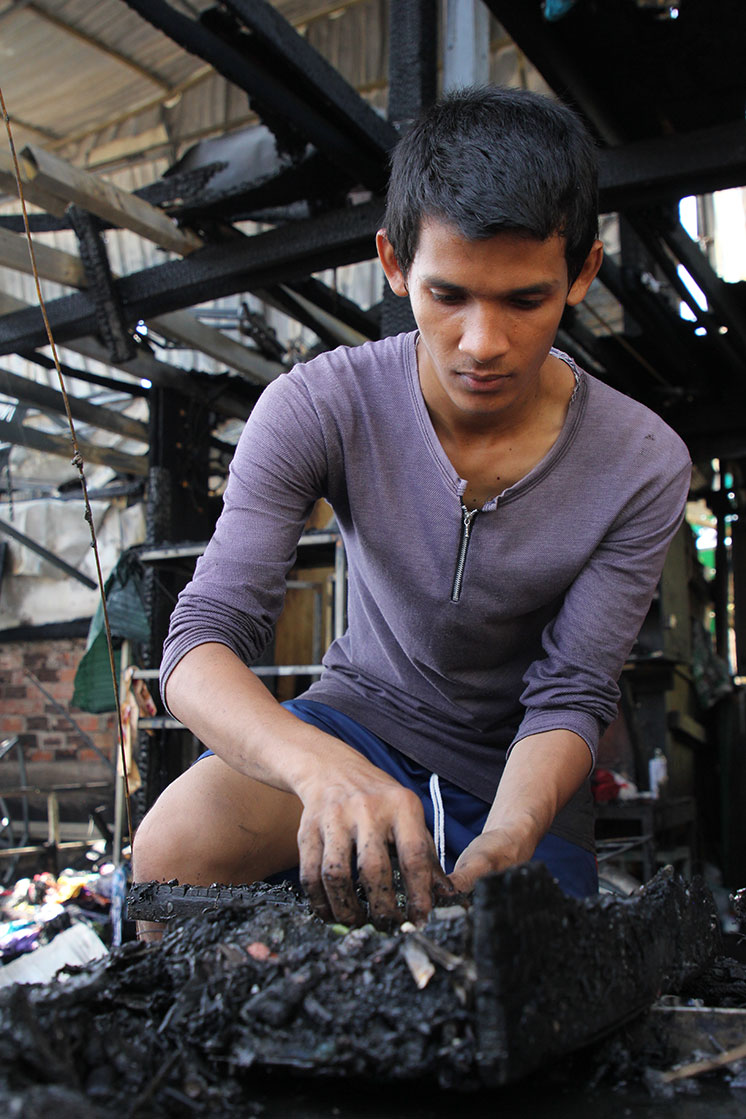 “We cooperated with the Red Cross to give them some donations and we don’t know yet what else we can help them with as the police are working on the case,” he said.

Mr Chey said police are still investigating the cause of the fire and a house owner was called in for questioning, but he did not remember his name.

Teng Sino, chief of Meanchey district police, confirmed that the house owner was questioned, but was later allowed to go back home.

“We have just questioned them for some information and we have already let them go home because at the time of the fire, they were not there and the house was actually rented to the tenants,” Mr Sino said.