The foreign letters written on the stones of the Angkor Wat temple were written during the 17th century and before the 1990s and there are no recent letters written by foreigners, the Apsara Authority has said.

The Apsara Authority said in a statement that the Facebook users had a lack of understanding.

Apsara Authority spokesman Long Kosal said the letters written by foreigners on the stone wall of Angkor Wat were not recent, but old letters that many national foreigners wrote a long time ago. 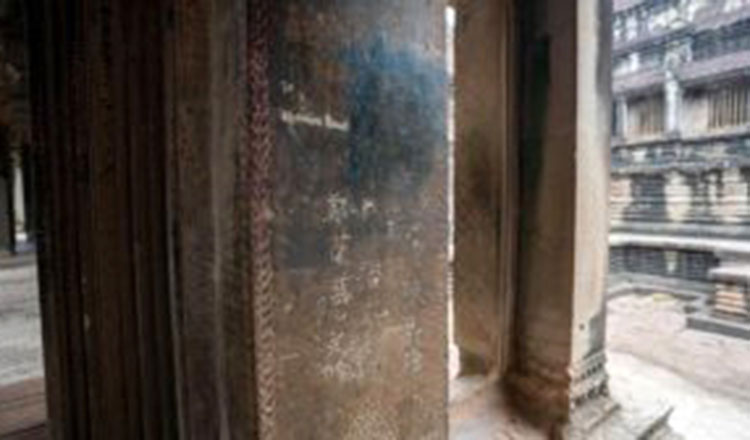 “The statement by Facebook users criticising that there were Chinese nationals who wrote Chinese characters on the stones of the temple is not true. It is not a new case,” he said.

“If we summarise or conclude the meaning of the words and inscriptions on the stone, it talks about those who seek good karma from Japan, Burma, Siam and Vietnam to salute Angkor Wat, the territory of the gods where people always come to worship,” the Apsara Authority said in the statement.

Mr Kosal said in the past as well as the present, dozens of travel agents, Apsara Authority officers and relevant authorities have continued to strengthen the work of preserving the World Heritage site, and do not allow the writing of foreign languages or any inscription on the temple.