A 34-year-old Belgian man has been jailed for life after bringing more than a kilo of cocaine from Brazil to Cambodia.

And in a separate case, two Nigerian men and a Cambodian woman were jailed for between two and three years for trafficking more than two kilos of ecstasy from Belgium to Cambodia.

Belgian tourist David Noel Catry was convicted on Friday after being stopped with the drugs at Phnom Penh International Airport in January. He was charged with drug transport and trafficking.

Judge Tony said Mr Catry was arrested by Interior Ministry anti-drug police in collaboration with custom and excise and immigration police based at the airport. Police found 1003.24 grams of cocaine in plastic bags under the bottom of his suitcase.

Mr Catry confessed that he was promised $30,000 by a Brazilian man named Tang Guise to bring the cocaine from Brazil to give to an unidentified Nigerian man in Cambodia. 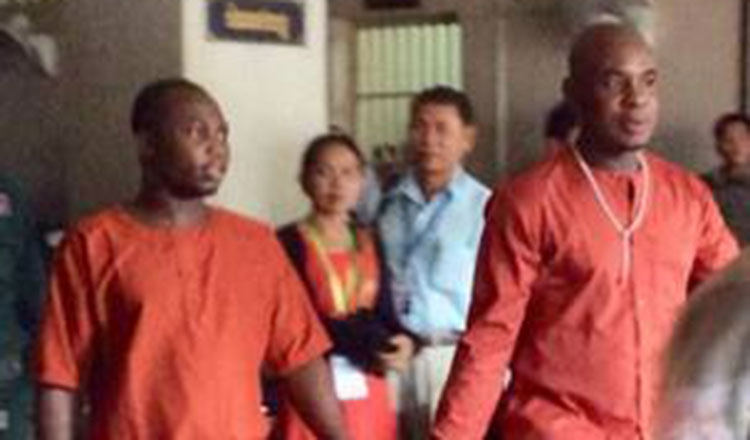 Mr Catry said it was the first time that he had done this work and he had not been paid.

In the ecstasy case, Nigerians Onu Abel Michel, 29, and Okeke Sabinus Chimankpa, 24, were sentenced on Friday to three years each in prison and fined four million riel ($1,000). Cambodian Mean Veansa was jailed for two years and fined the same amount.

“They have the right to appeal to the upper court within a month if they do not agree with the judgement,” said Presiding Judge Chea Chansodeth. All had been charged with drug possession and trafficking.

They were arrested on November 16 and 17 last year by anti-drug police in Sen Sok and Meanchey districts in Phnom Penh.

It had been sent by air from Belgium and was hidden in a shipment through the transport company DHL.

“Mean Veansa was arrested when she came to pick up the package of drugs at the DHL company on November 16,” Mr Bun said. “Based on her confessions, police arrested the other two at their rental house in Stung Meanchey commune.”

During their trial last month, all three denied the allegations.

Ms Veansa said she was paid $300 by Mr Michel to pick up the package, and did not know it contained drugs until police showed her. Mr Michel said he paid the $300 to Ms Veansa for sex and denied hiring her to collect the drugs, which were not his.

Mr Chimankpa said he was arrested because he was with Mr Michel on the day of the arrest. He knew the others, but not about their activities or relationship. He said he had no connection with drug trafficking.