Provincial police officer Kol Phally identified the suspect as Ly Ker Xing, 24, a Chinese national who lived in the provnce.

Mr Phally said the court yesterday charged him with theft under aggravating circumstances and possession of a weapon following his arrest on Friday.

Mr Phally said that on Friday evening at about 6pm, a group of four Chinese men in a Rolls Royce chatted by Wechat Messenger with taxi driver Kong Tipor, 31, and asked him to take them to have their visas renewed in Bei commune. 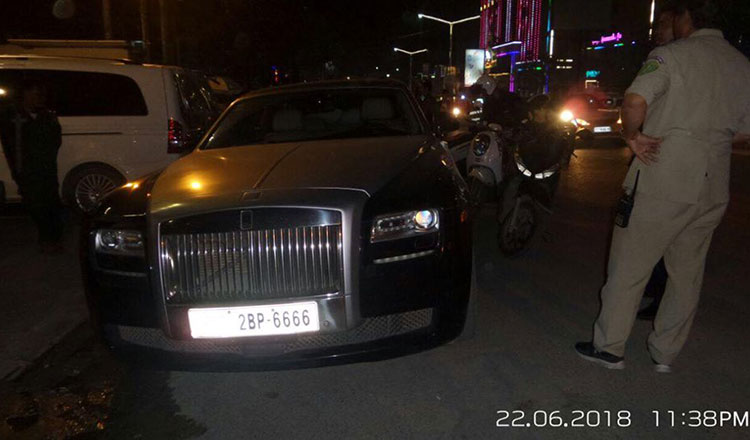 “But when the taxi driver met them as agreed, one of them pointed a gun and threatened to kill him if he shouted for help,” he said. “While the suspect was pointing the gun at the victim, the other three Chinese men robbed the victim of his money and other things from his car. After stealing the victim’s properties, they drove away in the luxury car.”

He said that after the group of Chinese men fled from the place, the victim made a report at a local police station.

He added that one of the four suspects was later arrested by provincial police on the same night at a Chinese-owned night club. After his arrest, police seized a pistol, three bullets, $500 and the Rolls Royce, which was stolen.

Police are now seeking to arrest the three other suspects, he added.