Svay Rieng Provincial Court yesterday charged a 21-year-old Vietnamese man over the possession of a machine gun without authorisation.

Colonel Srey Vutha, deputy commander of the provincial military police, identified the accused as construction worker Troeung Minh Thong, 21, from in Vietnam. He was renting a house in Bavet commune.

Col Vutha said the accused was charged with unauthorised holding of a weapon and faces a jail term of six months to three years if convicted. He is now in prison pending trial.

Captain Mao Seng, a military police officer in Bavet city, said on Thursday afternoon at about 2pm, the accused carried a machine gun along with bullets and showed them to his Vietnamese friends who stayed at his rented house. 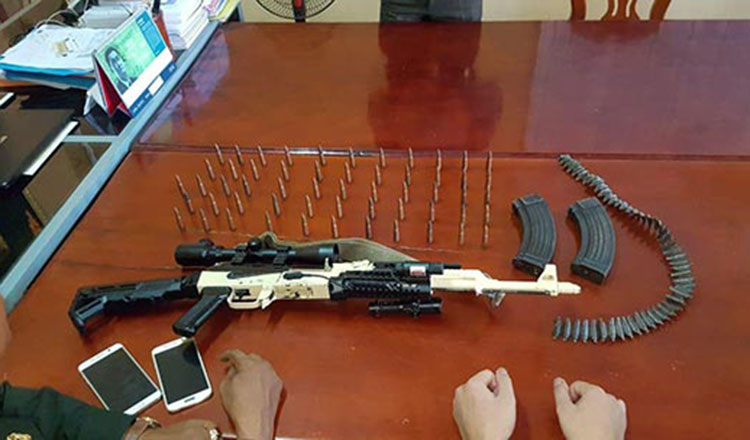 Cap Seng added that the accused was proud of the machine gun, which he also showed to his Cambodian friends and neighbours, who then reported him to the local military police.

He said that for improved safety, security, public order and peace before the upcoming national election, provincial military police are now cracking down on weapons, ammunitions, drugs, robberies and illegal gambling in the province.

Twenty Houses razed in a fire