Starting July 1, Cambodians will pay as much as 160 riel ($0.4) less for litre of gasoline, following tax cuts mandated by Prime Minister Hun Sen as well as price reductions implemented by local gas stations.

Speaking last week at a graduation ceremony in Phnom Penh, the premier said the tax rate for regular gasoline will be reduced from 35 to 15 percent, diesel from 15 to 5.5 percent, and kerosene from 15 to 10 percent, which will cost the government $30 million in tax revenue.

The tax cuts will come into force July 1, he said.

The move follows citizens’ complaints that the retail price of gasoline has increased markedly in recent months, affecting their living standards.

“I would like to inform you that over the past five months, the government has silently subsided gasoline, investing $83 million to help stabilise its price,” Mr Hun Sen said.

“But this wasn’t enough, so we decided to take additional measures.”

As part of his strategy to reduce the retail price of gasoline, the premier said the government has held talks with the nation’s biggest gas companies, including PTT, Tela, Sokimex, Total, Caltex and Papa Petroleum, who agreed to reduce prices at their gas stations by $0.2 a litre. 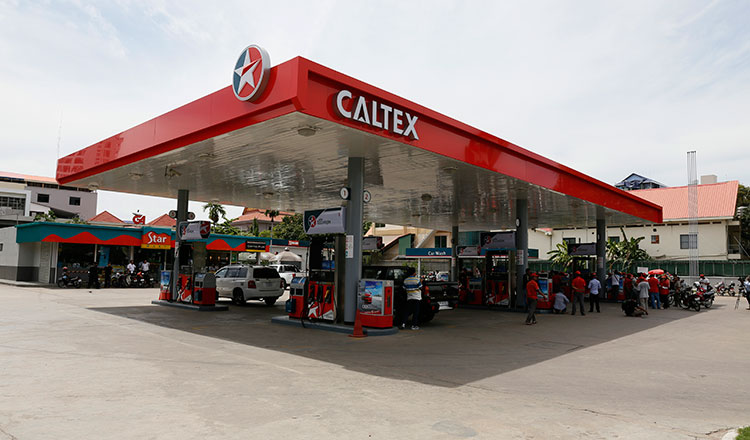 “The result of the tax cuts plus gas companies’ agreement to reduce their prices is that, starting July 1, gasoline will be 4 cents cheaper, or 160 riel, at gas stations across the country,” he said, adding that he has already signed a sub-decree on the new tax rates to be levied on gasoline.

“This is how the government is helping its people. We must also thank gas companies for their contribution.”

He added that the Ministry of Commerce will be tasked with monitoring gas firms to ensure they adhere to the new policies.

“Cambodians keep complaining that gas stations raise their prices as soon as the price of crude in New Your increases, even if they are still selling gasoline purchased before the price in the international market went up.

“I ask gas stations to reconsider this practice and be more mindful of the effect a rise in retail prices has on our citizens.”