Fours staff members of Save Children in Cambodia (an NGO) were killed in a traffic accident in Takeo province on Friday, June 22.  Seven other passengers were injured and are receiving medical attention.

According to the National Police one of the victims was an Australian.

The mini bus was on its way from Kep to Kampot province.  It is reported that it was travelling at high speed when it swerved and hit a mango tree. It came to rest in a roadside ditch.  The drive fled the scene. 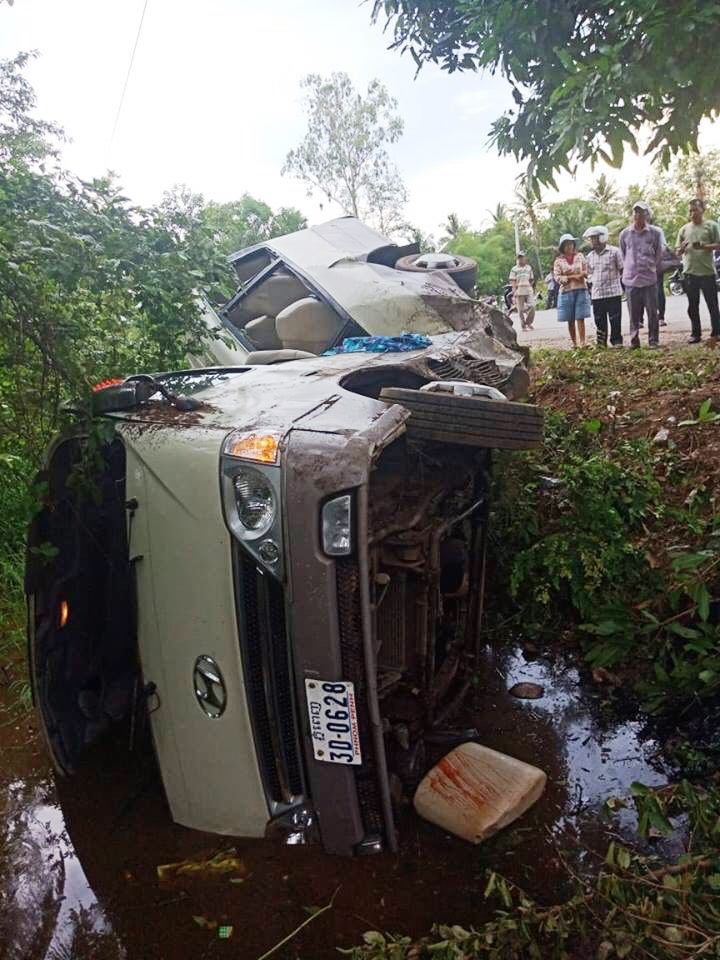 The provincial police indicate that the driver showed signs of fatigue while driving.

The bodies were given to families and relatives for burial services.