NGO workers have called on the government to seek solutions to challenges and difficulties they have faced in recent years following the enforcement of the law on association and NGOs.

The appeal came as about 400 people from different ministries, development partners and NGOs attended a government-sponsored forum at the Ministry of Interior yesterday leading up to the upcoming election on July 29.

Soeung Saroeun, executive director of the Cooperation Committee for Cambodia, which was representing 200 associations and NGOs, said that although cooperation between the government and civil society organisations was good, it has deteriorated over the past few years. 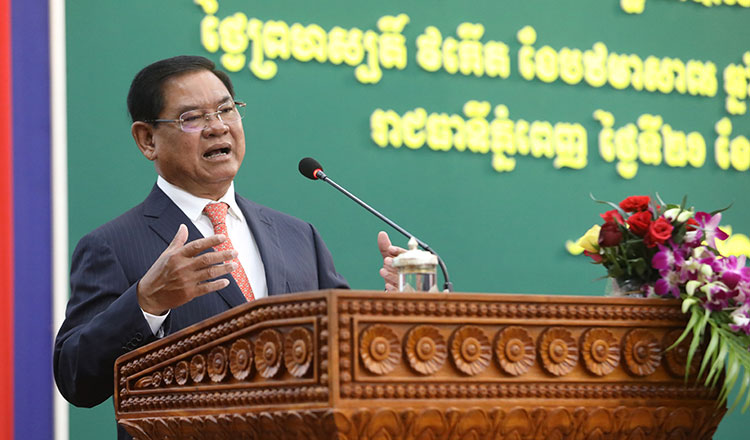 “We request that the government form a joint technical group, composed of relevant ministries and civil society organizations, to discuss and find the best resolution to deal with problems related to the law on association and NGOs,” Mr Saroeun said.

Mr Saroeun added that the government should organise the forum every year to iron out all challenges faced by NGOs.

Srey Sotheavy, executive director of the Alliance for Conflict Transformation, said that her organisation had lukewarm relationships with authorities in recent years, citing blockages faced when trying to meet with local villagers in the provinces.

“The Interior Ministry, please help facilitate all documents with local authorities and help train commune officials because they do not seem to understand their duties,” Ms Sotheavy said.

Prak Sam Oeun, director-general of the Ministry’s General Department of Administration, urged all local authorities to cooperate with NGOs.

“Sometimes, authorities do not understand an organisation’s purpose when they want to meet with community members,” said Mr Sam Oeun.

Interior Minister Sar Kheng admitted that cooperation between authorities and NGOs seemed decreased due to some organisations voicing their concerns that they were allegedly accused of being involved in a colour revolution.

Mr Kheng added that he was unaware if any NGOs were linked to a colour revolution.

“Partners should tell the truth to each other. We should not regard each other as enemies,” he said. “What’s right we should say right and what’s wrong we should say wrong.”

Mr Kheng noted that 5,328 organisations and NGOs have registered with the ministry of interior before and after the law on associations and NGOs came into effect in 2015.

Factories to be fined if lacking medical bay