“Who’s it For” is a collection of modern short fictions published by Nou Hach Literary Association in 2014.

While we’re all used to reading books that exclusively use either Khmer or English, this story compilations use the two languages – giving readers extra fun, excitement and learning as they open each page.

One of the most interesting and inspiring pieces in the book is the story of “A Daughter’s Tears”. Written by Kao Sokchea, the story is a depiction of the undesirable circumstances faced by Cambodian women – family expectations, social norms, restrictions.

It follows the story of a lady who wishes to achieve her dream of becoming a leading banker in the kingdom. She is very eager to share with her parents all her plans for the future after graduation. But her excitement eventually dissipates after she is told that she will be marrying a man her parents have chosen for her.

It is a common practice in the rural areas for parents to decide on their children’s future, thinking that they know better than their children because of the experiences and knowledge they have acquired over the years. Parents also feel the need to give their daughters’ hand in marriage as a way of escaping from the embarrassment of their child’s singlehood. 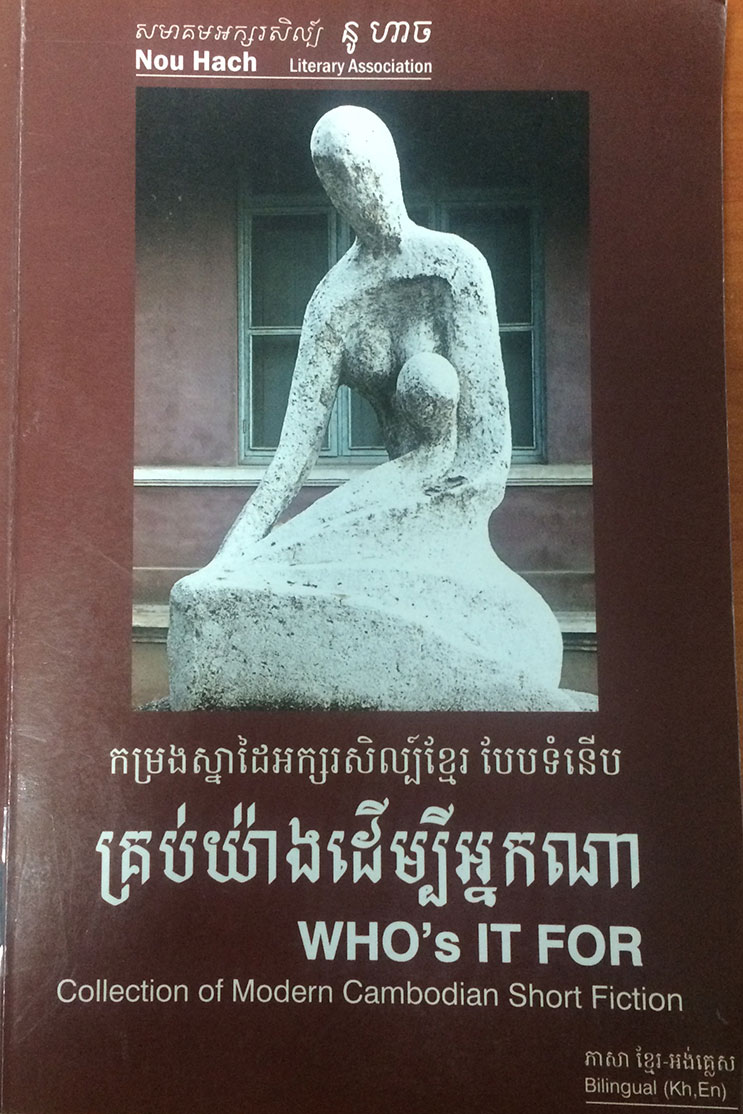 As her parents believe they’re making the right decision, the girl is not able to convince them to let her acquire education and achieve her dream.

On her engagement day, she realises that the man’s family is wealthier than hers, leading her to think that the economic status of her husband-to-be is the main reason her parents agreed on the unfair deal.

A year after her marriage, she delivers her first baby. But her marriage life has been full of conflicts. She never experienced happiness in the past year. Her husband becomes violent when drunk, and she has to deal with his mistresses as well.

One night, her husband beats her badly, causing her to lose consciousness. When she wakes up, she sees her parents, who just realised that they have caused their daughter’s tragic fate.

With all that she experienced, she vows to not impose traditional practices that may harm her children in the future.

After her husband gets punished by law, she starts a new and free life.

Aside from this story, 12 other beautifully written fictions are inside the book, just waiting to be opened and read.

You can borrow this book from the Scholar Library.​

Journey to the Center of the Earth

Are you ready for the national exam?