A record company has withdrawn a music video after complaints that scenes were too close to being pornographic.

The management of SASDA Production said it had made a mistake in producing the video called Srey Mok Luy, which means Woman is Very Passionate with Money.

The video was widely criticised on social media over scenes showing male and female actors kissing. The actress was Van Vorleak and the name of the producer was given as Mr City.

SASDA manager Ouk Ratana said the company went to the Ministry of Culture and Fine Arts on Friday to clarify its position and agreed to withdraw the video.

“We are sorry we made the sexy scene in the video. It was a mistake. We promise to produce our next song without any sexy scene,” he said.

He said the company did not intend to offend Cambodian culture or hurt the public’s feelings. 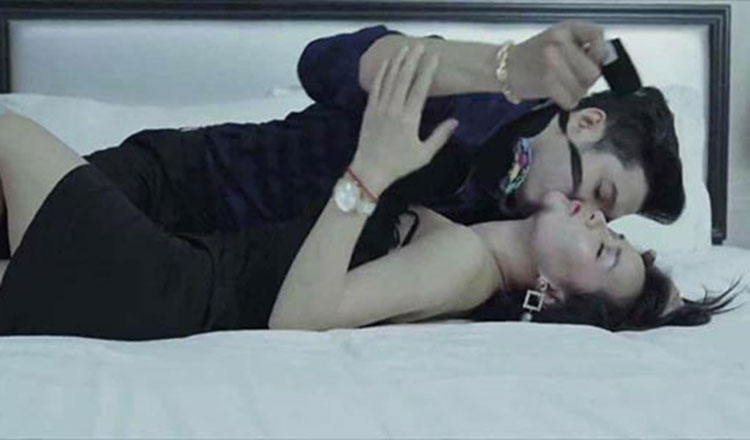 “We just made this video to be attractive to the public but it affected their feelings. We decided to delete it and not show it in public any more,” he said.

Rith Omega, a producer of the Town production company, wrote on his Facebook that SASDA produced almost pornographic scenes in the video to show off.

“Maybe the producer wants their video to be famous quickly but they do not think that their pornographic scenes affect Khmer culture,” he said.​Culture Ministry spokesman Thai Norak Satya said the ministry’s disciplinary council called on the company not to produce sexy scenes again.

In April, Information Minister Khieu Kanharith advised all owners of television stations to stop broadcasting the song Rom Skob, which means Pause Dance, because it used the Calmette Hospital logo in several scenes of its video without permission.

Mr Kanharith said that performers in the video, produced by Sunday Production, could be seen wearing uniforms bearing the logo, affecting the honour and dignity of hospital employees.

In December, the Information Ministry also banned owners of all radio and TV stations from broadcasting the song Kru Bongrean Sroverng Sra, which translates to Drunken Teacher, claiming it dishonoured and insulted teachers.

The Information Ministry in 2016 also banned all radio and TV stations from broadcasting several other songs from Town production following criticism from the public that their content affected morality in the country.

Businessman hands out gifts to students