The body of Funcinpec president Prince Norodom Ranariddh’s wife Ouk Phalla who died in a car crash was cremated on Wednesday morning in front of Botum pagoda. 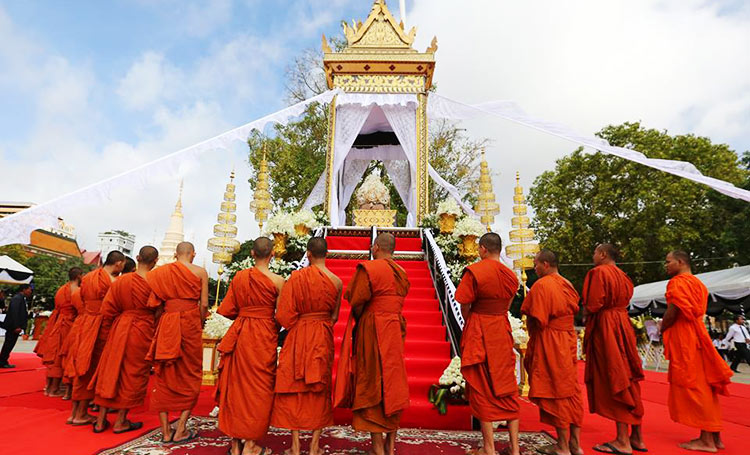 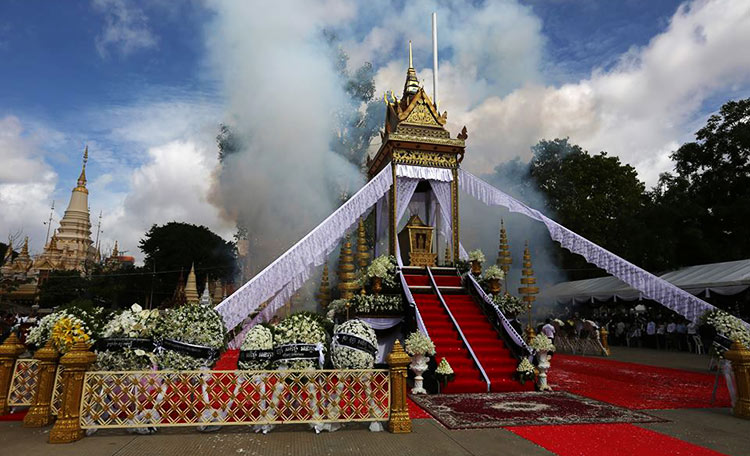 Ms Phalla’s body was marched in a procession from Botum pagoda to the cremation site in front of the pagoda, where hundreds of Funcinpec officials, mourners and relatives of the deceased took part in the funeral. 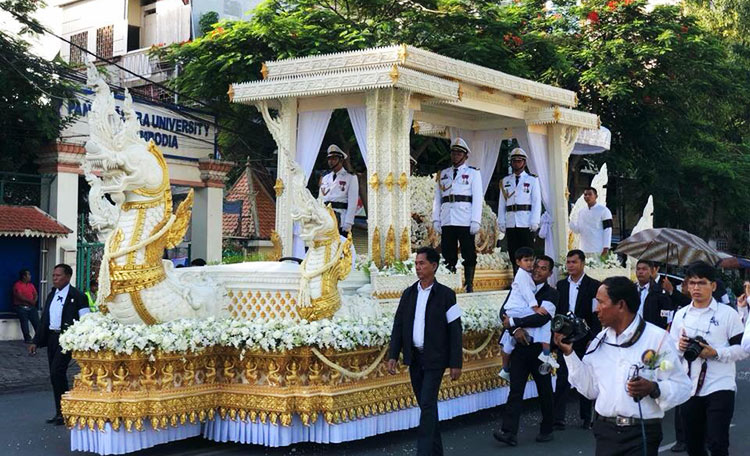 After a Buddhist blessing and a read-through of career highlight, Prince Norodom Chakrapong, representative of King Norodom Sihamoni, set the body alight around 9 am on Wednesday.

Ms Phalla, 39, was a mother of two sons and was standing as a lawmaker candidate for Prey Veng province in the national election on July 29.

The accident occurred at about 10 am on Sunday when a taxi collided head-on with Prince Ranariddh’s vehicle in Preah Sihanouk province, where he was heading with his wife to meet supporters.

Nhep Bunchin, vice president of Funcinpec, told reporters at the cremation site that Prince Ranariddh’s health has improved and he has not yet known that his wife died.