During the exhibition, Lieutenant General Phat Vibol Sopheak, deputy general-director of the Defence Ministry’s General Department of Politics and Foreign Affairs, said that the exhibition is to feature activities of the two countries’ military leaders and military training, as well as display 20 Chinese military vehicles. 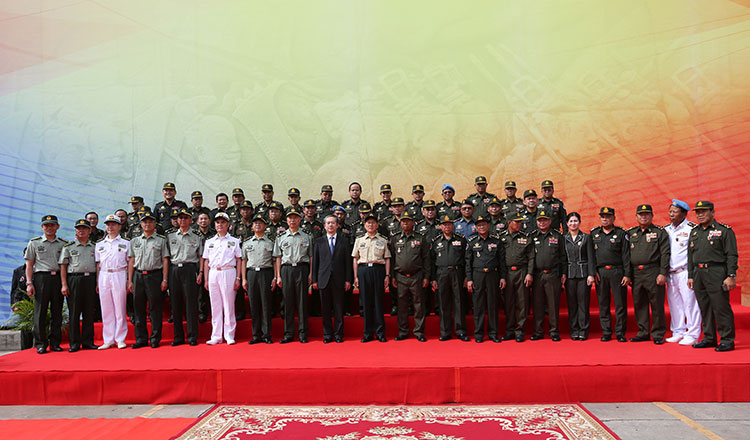 The exhibition was divided into three presentations, activities of the countries’ top leaders, cooperation of the armed forces and joint military training.

“The goal of the military exhibition is to showcase the relationship of both countries, to build it into one community and work together to maintain peace and development,” Lt Gen Sopheak said.

Gen Wei said during the exhibition that close ties between Cambodia and China dated back to 1960s when Prince Norodom Sihanouk ruled the country. “For 60 years, the relationship between Cambodia and China has been growing,” he said. “The armed forces of both countries are closer, like brothers.”

Gen Wei is on a five-day state visit to Cambodia which ends today. During his visit, China has granted Cambodia’s armed forces with an additional $130 million in aid.

At the Council of Ministers on Sunday, Gen Banh said that the Chinese military will continue its regional joint military exercises with RCAF.