Prince Norodom Ranariddh, who was seriously injured in a car crash that killed his wife, has regained the ability to talk as he recovers in a Thailand hospital, a senior Funcinpec party official said yesterday.

Nhep Bunchin, vice president of Funcinpec, told reporters at Botum pagoda, where a funeral ceremony is ongoing for Ouk Phalla, that Prince Ranariddh’s condition has improved.

“Now Prince Norodom Ranariddh is a lot better and he can talk now,” he said, noting that the Prince suffered a broken jaw, ankle and broken ribs in the crash on Sunday.

Mr Bunchin added that Funcinpec officials have not yet informed the Prince that his wife perished in the accident because they do not want to negatively impact his recovery. 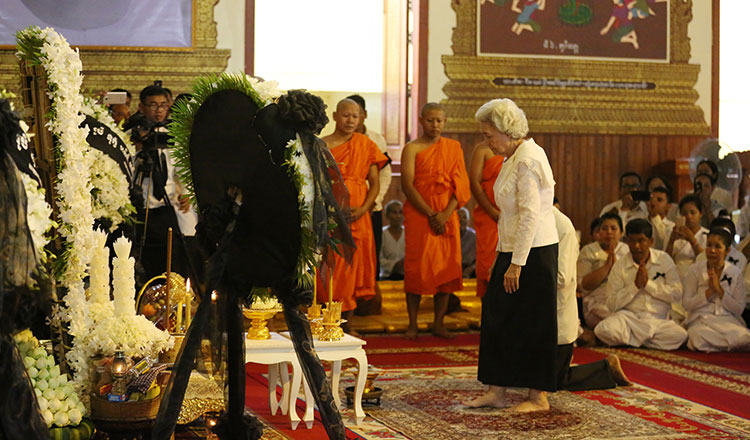 “We don’t want him to have any bad feelings right now,” he said.

The accident occurred at about 10am on Sunday when a taxi collided head-on with Prince Ranariddh’s vehicle in Preah Sihanouk province, where he was heading with his wife to meet supporters.

Mr Bunchin said that Prince Ranariddh’s eldest son has decided to enter the monkhood as he mourns and noted that the funeral ceremony will end today, so those who want to pay respect should visit the pagoda before the cremation.

Yesterday, Queen Mother Monineath Sihanouk and other royal family relatives visited the pagoda to pay their respects and condolences, along with nearly 200 Funcinpec officials.

Mr Bunchin also reiterated a call for a thorough investigation of the crash made by fellow vice president of Funcinpec You Hockry on Monday.

Mr Bunchin said the party wants the crash examined in detail because officials cannot believe that the Prince was involved in a third accident following two other crashes in recent years.

Mr Hockry on Monday suggested that the accident may have been planned because the Prince was part of a convoy of cars heading to the province, with sirens, making it hard to believe that the crash was accidental.

“We cannot believe that the Prince’s convoy was in an accident three times,” Mr Bunchin said yesterday.

Mr Bunchin added that the party has not yet received a report from authorities over the crash. 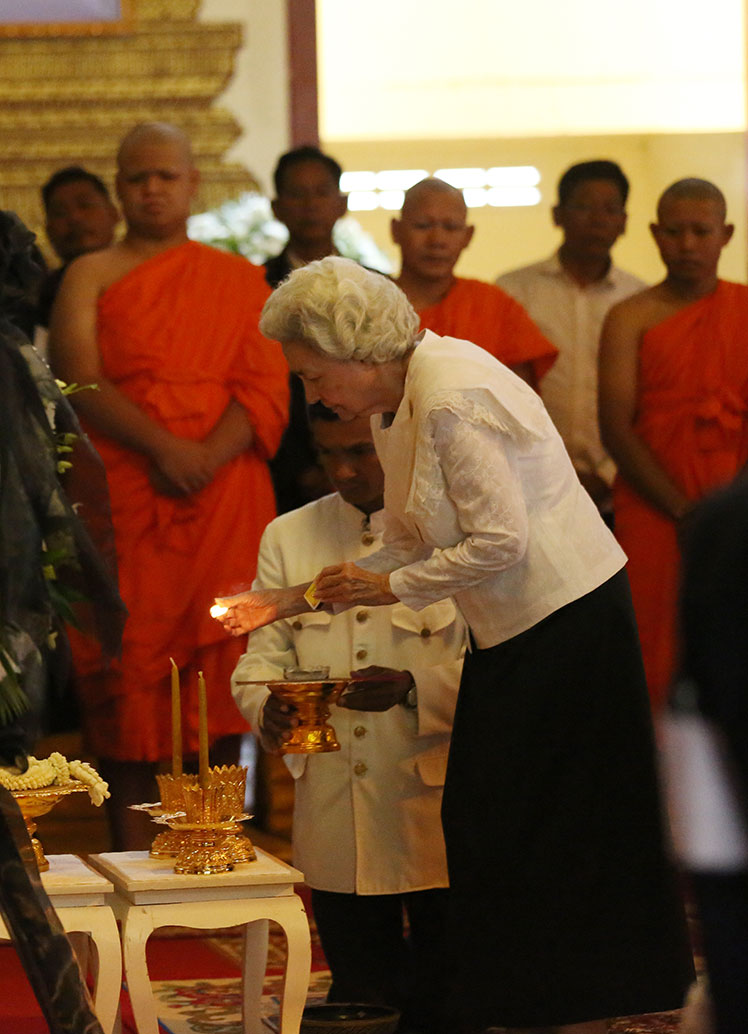 Mr Saret, who also suffered injuries requiring hospitalisation, has since been charged with careless driving causing injury and death.

Sechou Sethycot, deputy director of the Preah Sihanouk Provincial Health Department, said yesterday that Mr Saret has been discharged from the provincial hospital and taken to jail, where his medical treatment will continue.

“Mr Saret was transferred to the provincial prison because his injury is not too serious,” he said.

Ms Phalla, 39, was a mother of two sons and was standing as a lawmaker candidate for Prey Veng province in the upcoming national election on July 29.