Authorities find explosives at Battambang mine

Him Sanak, Phnom Proek district deputy police chief, said that following an investigation, one facility operated by Phou Yang, a Vietnamese mining company, was found to be using explosives.

“The company actually has a license, but we went to check out the place anyway because of lessons learned from the Kratie deaths,” Mr Sinak said, referring to a poisoning case in Kratie province that left 13 people dead last month and was blamed by villagers on gold mining run-off.

Mr Sinak added that a number of explosive devices and chemical substances are being kept at the mining site by police pending further orders from superiors.

“All of them were left there because we need an upper-level decision on what to do with them,” he said.

Phou Yang company representatives could not be reached for comment yesterday. 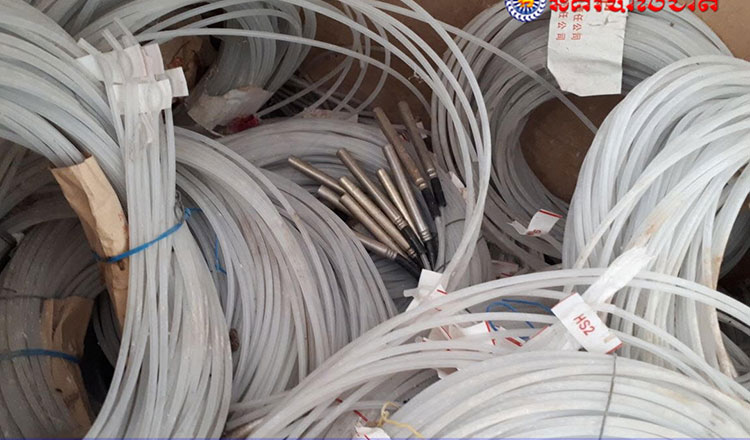 Provincial police officers confirmed they collaborated with the district police on Sunday to inspect the site, but referred questions to Mean Chanly, chief of the explosives and weapons management bureau with the provincial police.

Mr Chanly could not be reached for comment yesterday. Heng Saihong, provincial coordinator for rights group Licadho, said that there should have already been strict monitoring and management of gold mining activities in Phnom Proek district.

“Locals have been complaining about rocks possibly falling on them because of the explosives,” Mr Saihong said. “The government should pay close attention to these mining companies to make sure they are not affecting the environment and the livelihoods of the people.”