In a Facebook post, Gen Sucheat said that the aid is meant to develop Cambodia’s military sector.

“Both sides are committed to building a stronger mutual relationship, especially in the military sector,” he said. “China kindly made a pledge during the 60th anniversary celebration of China-Cambodia diplomatic relations.” 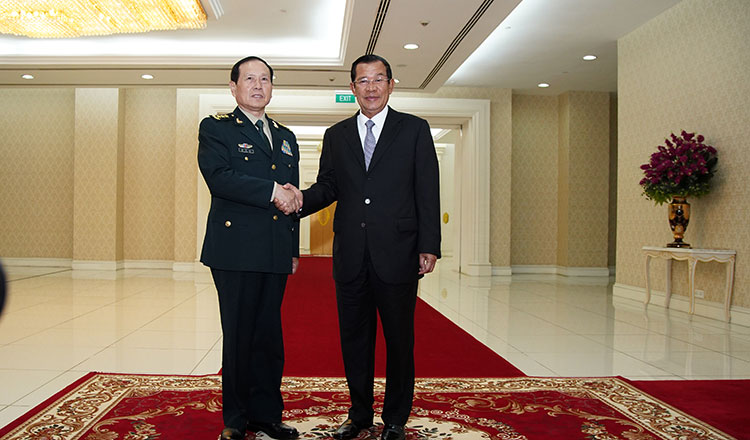 Gen Sucheat added that an exhibition displaying Cambodia-China cooperation in the military sector is to be shown from today until Sunday on Koh Pich.

At the Council of Ministers of Sunday, Defence Minister General Tea Banh said that the Chinese military will continue its regional joint military exercises.

Gen Banh added that Cambodia will also host the Chinese Navy for an experience sharing session with Cambodian naval forces. 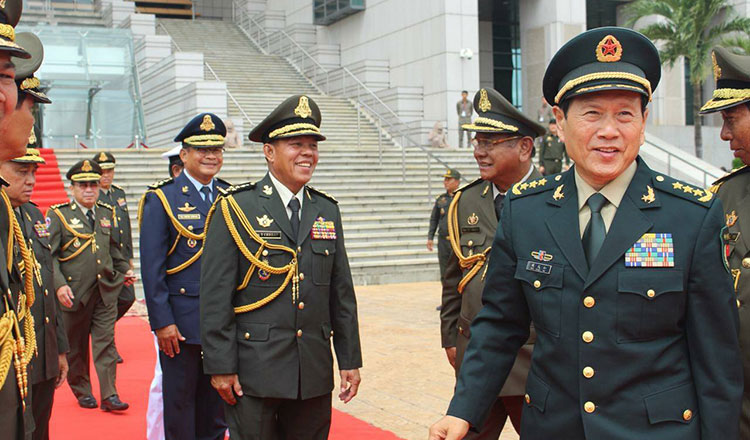 During Gen Wei’s visit to Brigade 70 yesterday, Lieutenant General Mao Sophan, Commander of Brigade 70, told Gen Wei that Cambodia’s military sector has been improved with the support of China.

“For the last several years, the military in Cambodia has been strongly reformed, and the People’s Liberation Army has countlessly contributed to support Cambodia,” Lt Gen Sophan said yesterday. 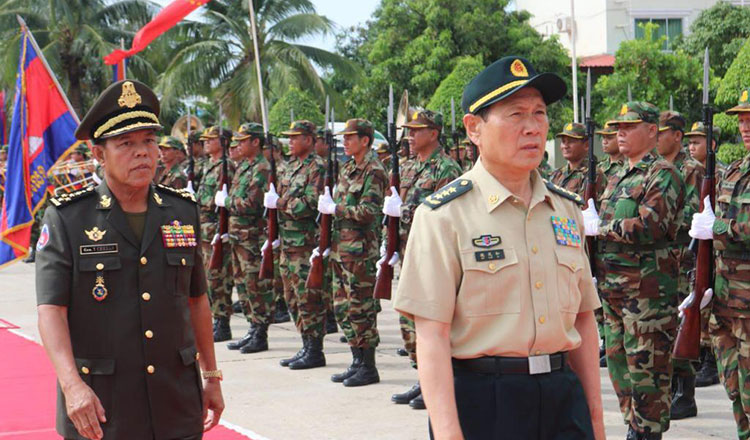 He said that the equipment is to be used for security operations in Phnom Penh and a military parade scheduled for next year.

Lt Gen Sophan said that he also asked for equipment and machinery to clear 17,000 hectares of land in Kampot province to be used as a training ground for live-fire drills. 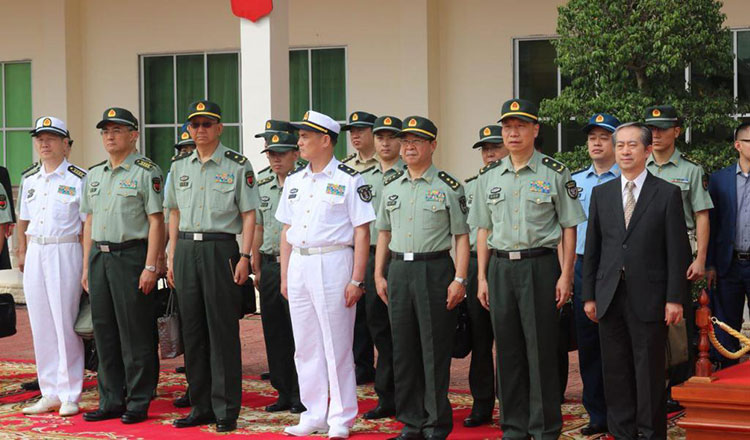